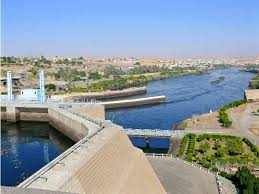 Renovation works on the hydropower plant of Nangbeto at the border of Togo and Benin will cost about $25 million, officials in charge of the management of the plant disclosed.

The Beninese-Togolese joint venture, Communauté Electrique du Bénin (CEB), has appointed Voith to carry out the extensive rehabilitation and modernization works of the hydropower plant.

The aim of the work is to secure the plant’s operation for at least another 30 years and to modernize its auxiliary facilities.

The renovation of the plant includes the refurbishment of the generators, the cavitation inspection of the turbines and the replacement of the blades as well as the rehabilitation of the cooling system.

These operations will be done in such a way that one of the two 32.5 MW turbines of the dam is always connected to the grid in order to supply energy.

In addition, the automation and communication infrastructure will be overhauled. A water-treatment plant will supply the neighboring communities with fresh water. The work is to be completed in 2022.

The 65 MW-capacity hydropower plant is the only infrastructure supplying power to Benin and Togo. Nangbeto has been in operation for 35 years.

With funding from the World Bank, CEB has previously recruited consultants to improve the management of the Nangbeto plant in anticipation of new hydropower development.

Benin and Togo are developing a new 147 MW hydroelectric project on the Mono River at the border of the two countries.