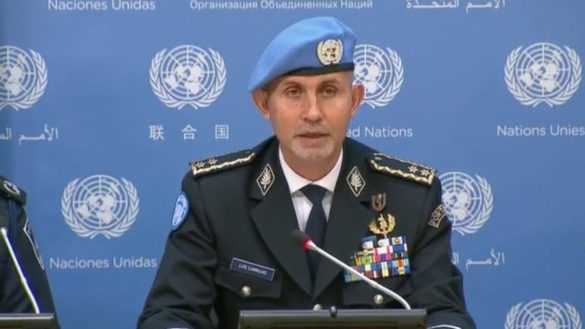 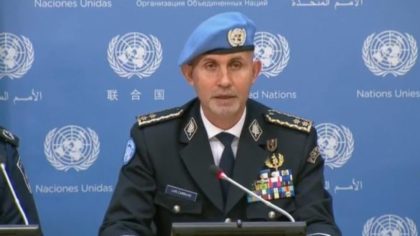 The UN mission in the Sahara, MINURSO, has taken seriously the recent threats voiced by Polisario propagandists via social networks against the presence of peacekeepers in the Guerguarat region.

The mission’s commander, Chinese Major-General Wang Xiaojun, is considering seeking the help of UNpol, the UN civil police, to face the threats, reports the e-journal le360.

On February 5, the media had reported that a Polisario propagandist, settled in Norrköping, in Sweden had posted on social networks a message calling for killing the MINURSO peacekeepers in the Guerguarat region.

“An advice to young Sahrawis in Guerguarat: before they think about harming you, take gas and sprinkle MINURSO vehicles”, wrote subversive Saïd Zarwal, who is known for his close relationship with another Sahrawi subversive, Aminatou Haïdar.

According to the e-journal, the agenda of the meeting featured the separatists’ threats and the means to be put in place to address these threats, including the possibility of deploying UN police along the blue helmets in Guerguarat, especially that the separatists indulge in all kinds of trafficking (drugs, weapons, stolen cars…) in the area.

While the main role of MINURSO peacekeepers is to monitor compliance with the ceasefire agreement in the Sahara, UNpol has the role to enhance international peace and security by supporting Member-States in conflict, post-conflict and other crisis situations.

The Guergurarat border crossing saw multiple ceasefire violations by polisario militiamen who attempted at blocking commercial traffic between Morocco and Mauriatania putting the region on the verge of an outbreak of an armed conflict.

Polisario incursions into the demilitarized area of Guerguarat was condemned by the Security council putting pressure on the Algerian-armed separatist to withdraw amid threats of a military intervention by Morocco to secure its border crossings.