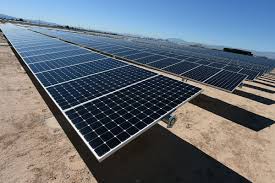 The Concentrated Solar Power (CSP), one of the largest renewable energy projects in South Africa, was completed on 30 January 2019, local media reported.

The Kathu Solar Park CSP plant is equipped with a four-and-a-half-hour molten-salt storage system, enabling the plant to dispatch electricity when the sun is no longer shining, including during the evening peak.

The park will provide electricity to 179,000 homes in the local community of the John Taolo Gaetsewe District Municipality, Northern Cape, South Africa.

It is estimated that the solar park will save six million tons of CO2 emissions over the next 20 years.

According to Isabelle Kocher, CEO of ENGIE, the completion of the solar park shows “our continued commitment to economic and environmentally friendly development in South Africa.”

She said Kathu, with its molten salt storage design, offers a clean solution to overcome the intermittency of renewable energies.

The solar park shareholders, which are led by ENGIE (48.5 per cent), include a group of South African investors comprising SIOC Community Development Trust, Investec Bank, Lereko Metier Sustainable Capital Fund, and its co-investors FMO, the Dutch development bank and DEG, the German investment and development company, and the Public Investment Corporation.

Some 1 200 jobs have been created during the construction phase.