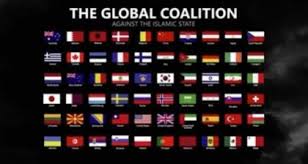 Though ISIS has been weakened in Iraq and Syria, the threats of this terror group remain persistent in the region and worldwide, warned Wednesday in Washington Moroccan Foreign Minister Nasser Bourita, underlining the approach adopted by the North African Kingdom to combat and prevent radicalization & violent extremism.

“This approach is based on a series of measures that have demonstrated their efficiency,” said the minister at the meeting of the Global Coalition to Defeat ISIS convened Wednesday in Washington.

The Moroccan strategy is threefold. It focuses on training religious preachers at the Mohammed VI Institute for the training of preachers (all genders) to spread the authentic values of Islam, the middle path doctrine, based on tolerance, intercultural dialogue and respect of other faiths, explained Mr. Bourita.

Moroccan authorities also combat extremist discourses through audio-visual media, social networks & Internet and prevent the spread of violent extremism in prisons while ensuring the rehabilitation and reintegration of prisoners, added the minister.

The success of this strategy, spearheaded by King Mohammed VI, Commander of the faithful, has been recognized worldwide, he stressed.

In its capacity as Co-Chair of the Global Counterterrorism Forum (GCTF), Morocco is resolutely committed to continuing to promote the importance of developing and building the civil society’s capacities so that it can defend itself against the resurgence of ISIS or any other group that shares the same violent extremism, affirmed Mr. Bourita.

He went on to say that Morocco’s priority remains a better coordination with other multilateral platforms in order to encourage the implementation of the good practices developed by the GCTF against the emergence of threats linked to terrorism and violent extremism.

The minister warned against the emergence of an ISIS “brand”, through affiliated groups in more than 25 countries around the world, a dozen of which are active in North Africa and sub-Saharan Africa, as well as against the consolidated capacities of affiliated groups because of their ability to diversify their sources of income and redeploy their fighters.