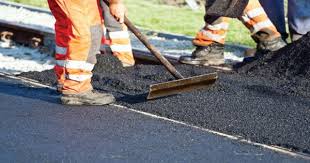 The government of cash-strapped South Sudan has agreed to allocate 10,000 barrels of its crude oil per day to Chinese firms to build roads in the country.

Chinese companies will build two highways in exchange, the government said in a statement after a cabinet meeting in Juba last weekend.

According to deputy information minister, Lily Albino Akol Akol, the government plans to build the road from Nadapal all the way to Torit and to Juba and again from Juba down to Rumbek and to Wau.

The deputy minister did not specify a deadline on when the allocation of 10,000 barrels of crude oil per day to Chinese companies should end.

The government official said the finance and justice ministers had been directed to expedite signing of the deal with Exim bank.

President Salva Kiir and his Chinese counterpart Xi Jinping made the initial agreement last year on the sidelines of the 2018 Forum on China–Africa Corporation (FOCAC) in Beijing.

South Sudan has the third largest oil reserves in sub-Saharan Africa, but most of its oil facilities have been destroyed in the civil war that started in 2013 – two years after it seceded from Sudan.