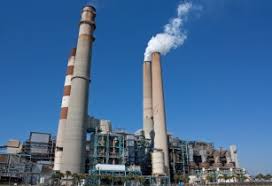 The African Development Bank Group (AfDB) last weekend approved the recommendations of the Independent Review Mechanism (IRM) to bring a coal-fired power plant project in Senegal into compliance with Bank policies and procedures.

The Sendou Coal Power Plant project in the West African nation was approved by the Boards of Director of the bank on 25 November 2009 with a loan of €49 million. The project is estimated to cost €165 million.

The compliance review report was approved with a mitigation action plan prepared by the Bank’s management to trigger the process of resolving the main concerns raised by the complainants that the Sendou power plant will have negative impacts and consequences on their environments and their lives.

According to the recommendations approved by the bank’s board of directors, the IRM will monitor the implementation of the Action Plan and report progress to the Board annually.

In 2017, the AfDB received numerous community complaints, which led to the bank announcing it will review compliance eligibility of the project.

As a reminder, the Sendou power station is a 125 megawatts (MW) coal-fired plant in Sendou, Senegal, being developed by Compagnie d’Electricité du Sénégal SA.

The project is being developed on a “build, own, and operate” basis and targets to supply up to 40 per cent of Senegal’s electricity. The country currently derives 80 per cent of its electricity from diesel-fueled power generation.

The coal will be imported via sea and unloaded at Dakar harbor from where it will be transported by trucks to the coal storage site on the plant. The project aims at producing at least 925 GWh of electricity a year.