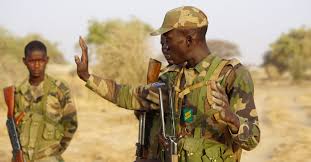 US military games in Sahel bring together Morocco, Algeria

The Moroccan and Algerian armies will both take part at the US-led Flintlock 2019 military games in Burkina Faso and Mauritania from February 18 to March 1, 2019.

The two North African rivals have closed borders since 1994 with Algeria backing a separatist front that waged a war against Morocco until 1991.

More than 2,000 service members from more than 30 African and western partner nations will participate in Flintlock 2019.

The exercise is designed to strengthen the ability of key partner nations in the region to counter violent extremist organizations, protect their borders, and provide security for their people.

Algeria ranks first in military spending in Africa. The north African country bought $9.7 billion worth of armament in 2017 and $10.217 billion in 2016.

A report by Strategic Defence Intelligence said last year that Morocco is set to become Africa’s leading military power by 2022.

The country consistently imports advanced arms and ammunitions such as fighter and training aircraft, ships, missiles, tanks, and frigates to strengthen its armed forces; a trend expected to continue over the forecast period