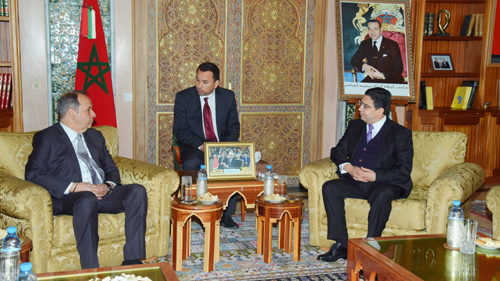 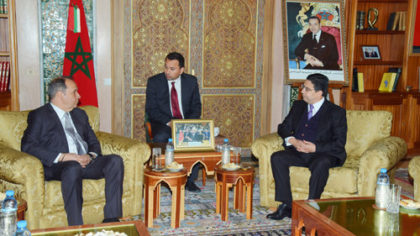 Colombia has reaffirmed its support for Morocco’s territorial integrity, and reiterated its position in favor of a “political, fair and lasting” solution to the Sahara issue, on the basis of the Moroccan autonomy plan.

This came during the talks a visiting delegation of Colombian senators held with Moroccan officials in Rabat this week.

“We reiterate the support of Colombia and its institutions to the proposal of autonomy proposed by Morocco,” said Jaime Duran Barrera, chairman of the Foreign Affairs Committee of the Colombian Senate.

The Colombian lawmakers also condemned the “inhumane practices” inflicted on the populations sequestrated in the Polisario-run Tindouf camps.

The Senators stressed the need to give a new momentum to cooperation between the two countries, to exchange experiences in the field of agriculture and to upgrade relations between the two legislative bodies.

Following talks between Senator Jaime Duran Barrera and Morocco’s Foreign Minister Nasser Bourita, Wednesday, Senator José Luis Pérez read out before the media the resolution that was adopted in December by the two houses of the Colombian parliament, reaffirming backing to Morocco’s territorial integrity.

“We reiterate our full support for the efforts made since 2007 by the Kingdom of Morocco in favor of a fair, lasting and mutually acceptable political solution to the regional dispute over the Sahara, on the basis of the Moroccan autonomy Initiative, which has been deemed as pre-eminent, serious, credible and realistic by the United Nations Security Council in its resolutions, as well as by the international community, including Colombia,” states the resolution.

Thus, Morocco’s sovereignty over its territory is an important element to “promote peace and stability in the Maghreb and Sahel region”, the text underlines. Colombian Senators and MPs express their “concern over the persistence of serious human rights violations by the Polisario Front, including the restriction of freedom of movement, expression and demonstration in the Tindouf camps”, goes on the resolution that was read out in the presence of the Chairman of the Foreign Affairs Committee and the other members of the Colombian delegation.

The text expresses “concern over the persistence of extremely inhumane practices against the populations sequestered in the Tindouf camps”, while calling for a “census” of these populations in accordance with resolution 2414 of 27 April 2018 of the United Nations Security Council and the Geneva Convention as well as the relevant conclusions of the Executive Committee of the Office of the United Nations High Commissioner for Refugees (UNHCR).

The Colombian Congress also welcomes in the resolution “the excellent” relations existing between the two countries, which will commemorate this year the 40th anniversary of the establishment of their diplomatic relations, while expressing willingness to further strengthen bilateral cooperation in all areas on the basis of the “strong ties of friendship that bind the two countries historically”.

The resolution, signed by MPs from across the spectrum, also hails the reforms spearheaded by King Mohammed VI in various fields that have enabled Morocco to strengthen its development process, promote human rights and become a haven of peace and stability in the African continent.