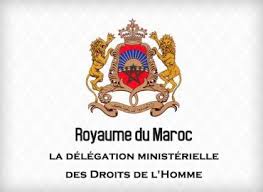 The Moroccan Inter-ministerial Delegation for Human Rights (DIDH) said it will get in touch with Human Rights Watch to denounce its politically-motivated positions and deflate its allegations and erroneous conclusions regarding the situation of human rights in the Kingdom.

A detailed answer will be sent to HRW in the weeks to come, said the DIDH, adding that Moroccan authorities expressed their total rejection of the political positions and allegations included in the report on human rights in Morocco.

Moroccan authorities maintain that HRW continues to adopt an approach that lacks objectivity and professionalism and that is based on inaccurate estimates and biased conclusions.

With such conclusions, the NGO distances itself from “the spirit of cooperation and the positive and constructive dialogue with the various stakeholders concerned with the promotion of human rights in the kingdom,” the DIDH said.

In its recent report, the NGO claimed that Moroccan law enforcement used “excessive force in breaking up protests,” and arrested “peaceful protesters.”

The report also claimed that the government launched a “large-scale crackdown on thousands of sub-Saharan migrants, asylum seekers, and refugees without due process.”

In this connection, the inter-ministerial delegation said the report lacks credibility and is unrealistic, “which require investigations, reliable sources, and useful cross-references.”

DIDH said as an instance that HRW mentions in the introduction of its report an isolated case concerning illegal immigration, claiming that the authorities have carried out a large campaign against thousands of migrants. This is an additional and clear indicator that HRW’s approach is erroneous and selective, DIDH said.

Some commentators said the NGO ignored the immigration and asylum policy adopted by Morocco since 2014, a policy based on a human rights approach seeking to guarantee to migrants in Morocco access to basic services including, education, social housing, employment…

Part of this approach, Morocco launched a registration program that enabled the legalization of the stay of thousands of migrants, mostly from Sub-Saharan Africa but also from Syria and other countries.