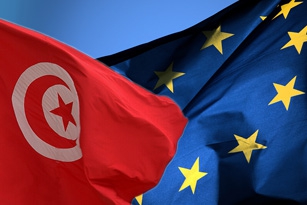 The European Union announced Wednesday it adopted a financial assistance package worth €305 million to Tunisia, which is the highest amount ever allocated under the European Neighborhood Instrument.

“This record financing reflects the EU’s strong ambition to create better chances for the Tunisian youth, facilitate a more flourishing and attractive business environment and enhance the capacities of local governments to improve the living conditions of local populations,” the European commission said in a press release.

“Support to actions that will bring economic growth and provide more job opportunities is a top priority in our newly adopted assistance to Tunisia, worth €305 million, the highest amount ever for a single year,” said Johannes Hahn, Commissioner for European Neighbourhood Policy and Enlargement Negotiations.

“The adopted programs will facilitate access to the job market for young Tunisians, boost entrepreneurial innovation and ensure that local communities are not left behind,” he added.

Tunisia, the only success story of the 2011 Arab Spring that swept away several leaders, including Tunisian Zine El Abidine Ben Ali, has been repeatedly rocked by social protests demanding jobs and better living conditions for youth and underprivileged communities.

After the revolution, the country slid into economic crisis that forced the government to subscript for loans from international financial donors conditioned by austerity measure.