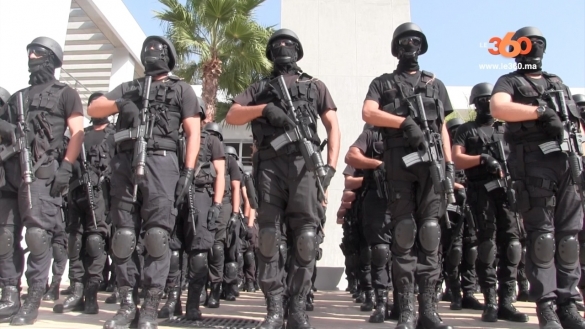 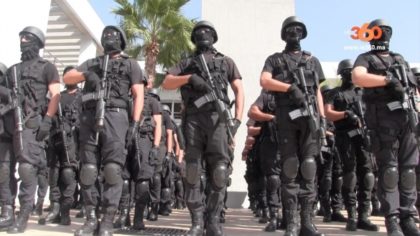 Moroccan authorities announced on Wednesday the arrest of 13 jihadists linked to the extremist ISIS group. Aged between 22 and 44, members of this terror cell were operating in various cities including Casablanca, Salé, Mohammedia and El Kelaa Sraghna.

These ISIS operatives were planning terrorist attacks in the North African country. Search carried out by investigators in their homes led to the seizure of electronic devices, knives, books & documents praising extremist ideology and pledging allegiance to ISIS, said a press release issued by the Interior ministry

This anti-terrorist operation shows that jihadist networks continue to target the country’s stability, seeking to undermine its peace and security.

Within the frame of the global fight against transnational crimes and terrorism, the Moroccan police captured on Tuesday an Algerian with a French nationality on an international arrest warrant issued by French authorities.

The 36-year-old fugitive was nabbed upon his arrival at the Mohammed V International Airport of Casablanca coming from Algeria. He is accused of “financing terrorism, forming a criminal gang and defending terror acts”, dating back to November 2015.

The French authorities were informed of the arrest pending completion of extradition procedure.

Morocco has placed counterterrorism at the top of priorities following the Casablanca terror attacks in 2003 and the two subsequent attacks of 2007 and 2011.