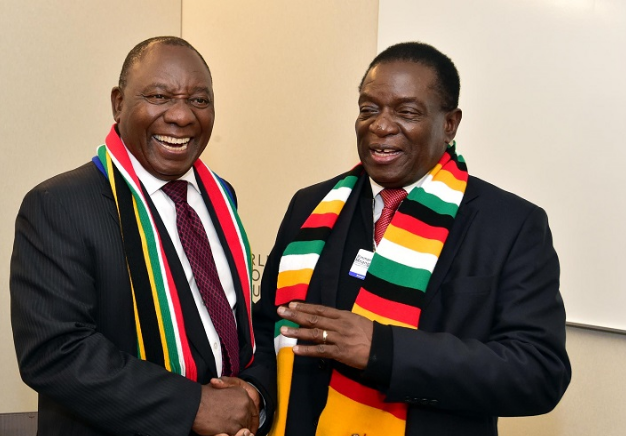 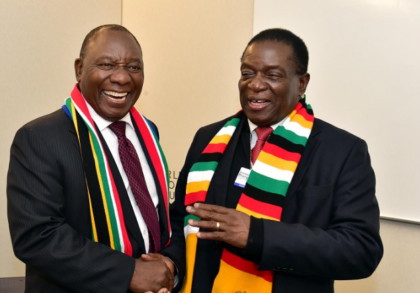 South Africa’s Cyril Ramaphosa on Tuesday called on the international community to end the economic sanctions against Zimbabwe.

Zimbabwe is still subject to U.S. sanctions dating back to the rule of Mugabe, who stepped down in November 2017 and was replaced by Emmerson Mnangagwa.

The EU and the United States imposed sanctions against Zimbabwe in 2000 after they accused ex-president Robert Mugabe of trampling on human rights, rigging elections and repressing press freedom.

The sanctions led to devastating economic challenges, with the country reportedly now sitting with about 85% unemployment.

Speaking on the sidelines of the World Economic Forum (WEF), South Africa’s President “begged” the International Monetary Fund and World Bank to help broker a debt-clearance plan for Zimbabwe.

Zimbabwe’s President Emmerson Mnangagwa is a no-show at Davos this year, as he cut short his foreign travels to deal with the anti-government protests at home.

The government of the Southern African nation is facing the worst economic crisis since a hyperinflationary spiral a decade ago as the nation reels from an acute shortage of foreign exchange and fuel and surging food prices, which led to violent protests last week.

The U.S. has said sanctions would be lifted only if Zimbabwe demonstrated, “fundamental changes”.

When Mnangagwa came into power last year, he promised to normalize relations with the U.S. and with European countries that also imposed sanctions. But Mnangagwa has faced a year of troubles in which his administration failed to improve the collapsed economy.