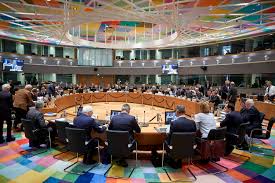 The European Council added eleven prominent businessmen and five entities to the list of those subject to restrictive measures against the Syrian regime and its supporters.

These businessmen and companies are involved in luxury estate development and other regime-backed projects, and as such support and/or benefit from the Syrian regime, the Council said in a press release Monday.

The sanctions list now includes 270 persons and 72 entities targeted by a travel ban and an asset freeze. EU sanctions currently in place against Syria also include an oil embargo, restrictions on certain investments, a freeze of the assets of the Syrian central bank held in the EU, and export restrictions on equipment and technology that might be used for internal repression.

Export restrictions also target equipment and technology for the monitoring or interception of internet or telephone communications. The sanctions on Syria were originally imposed in 2011. They are reviewed on an annual basis, the next review being due by June 1, the Council said.

The EU remains committed to finding a lasting and credible political solution to the conflict in Syria as defined in the UN Security Council resolution 2254 and in the 2012 Geneva Communiqué, the council stated. The EU believes that there can be no military solution to the conflict and strongly supports the work of the UN Special Envoy and the intra-Syrian talks in Geneva, it reaffirmed.

The European Council also announced that under the new regime of restrictive measures against the use and proliferation of chemical weapons created on 15 October 2018, sanctions are also imposed on the Syrian entity responsible for the development and production of chemical weapons, the Scientific Studies and Research Centre (SSRC), as well as five Syrian officials directly involved in the SSRC’s activities.