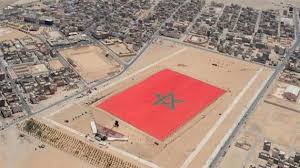 Oman Reiterates Support to Morocco’s Sovereignty Over the Sahara

Oman has renewed its full backing to Morocco’s territorial integrity and sovereignty over the Sahara, commending the wisdom and commitment shown by the Moroccan leadership for finding a peaceful solution to this regional conflict.
A joint statement issued by the 5th Moroccan-Omani Commission convened in Muscat Jan.6-7, Oman welcomed the role played by the North African country under the leadership of King Mohammed VI for enhancing peace and stability in the regional and international levels.
The Gulf country hailed the sustained efforts made by the Moroccan Sovereign for the preservation of the cultural identity of Al Quds Al Sharif and its status as a symbol of tolerance and coexistence between all celestial religions.
Oman also praised the role played by King Mohammed VI, Chairman of the Al Quds Committee, for the protection of Al Quds Al-Sharif and its inhabitants, citing in this regard the importance of the projects funded by Bayt Mal Al-Quds Agency to enable the local Palestinians preserve their lands and back up their legitimate struggle against Israeli occupation.
The Joint 5th Moroccan-Omani Commission, which was co-chaired by Omani foreign minister Youssef Bin Alawi and his Moroccan peer Nasser Bourita, was crowned with the signing of several cooperation agreements in higher education, social development, islamic Affairs, scientific research, agriculture, tourism and administrative training.