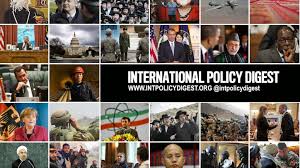 US magazine, International Policy Digest, published Wednesday a long story on Moroccan-Algerian strained relations that hamper the integration of the Maghreb region and tried to analyze the ins and outs of this situation.

The magazine came to the conclusion that the Algerian animosity toward Morocco “is exclusively the work of the Algerian military that controls the country through docile political parties and an incapacitated president.”

“The hate of Morocco and what it represents is ingrained in the Algerian military psyche,” and only the end of military control can ultimately put an end to it, the magazine explained, noting that other possible developments that can lift the strain on bilateral relations would be the bankruptcy of Algerian economy or the Algerians’ uprising against their socio-economic situation.

Only two possible developments can ultimately put an end to this animosity: “Algeria goes bankrupt economically and allows in the IMF and the World Bank to clean up its financial mess, which will open economic borders and allow Moroccan companies to do businesses in Algeria. Or, the future possible cutting off subsidies will bring the population to the streets and a revolution could ensue that puts an end to military control and brings democracy to the country,” the author of the article explained.

“Barring these two developments, Algeria will continue to hold a grudge against Morocco and the Maghreb Union will be just wishful thinking if not a political joke, to say the least,” the magazine stated.

The author of the story who underlined that the Algerian people “feel close to the Moroccan people because of shared religion, language and culture,” surveyed the genesis of the Sahara issue, one of the bones of contention between the two countries. He recalled in this connection the Morocco-proposed autonomy initiative to settle the conflict, noting that this initiative “has been receiving a lot of support from many nations of the world and is considered as a viable political solution to the conflict.”

Besides the Sahara conflict, the official Algerian enmity “is expressed through the actual closing of territorial borders and the cessation of all possible economic activity,” the magazine pointed out. It explained that Algeria’s decision to impose a permanent closure of the borders is meant to prevent the Algerians from realizing the tremendous development realized by Morocco in various sectors although the Kingdom does not have oil resources like its eastern neighbor.

The author of the article also recalled the proposal made by King Mohammed VI in his speech on November 6, 2018, to set up a joint mechanism to settle all pending issues. “King Mohammed VI extended a hand to the Algerian government, with the hope of beginning a new chapter of good relations. Nevertheless, the Algerian government has not responded to this initiative of friendship. No answer is in many ways equivalent to saying unofficially, no way,” the magazine noted.