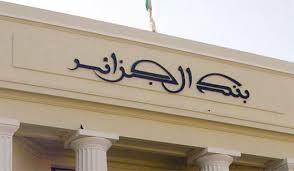 The Algerian government has resorted again to the printing press to inject in the market over 4,000 billion dinars, the equivalent of 20% of the country’s GDP, to deal with the 2018 budget deficit.

The situation is likely to get worse in 2019, as the outlook for oil prices is rather pessimistic.

Since 2014, economic activity has remained slow, not to say deteriorated, as did the overall social situation in the North African nation, where economy is marked by anemic growth, high fiscal deficits, low investment and rising brain drain.

For 2018, the deficit is estimated to be around $18 billion, according to the Algerian government’s projections. Given the magnitude of this deficit, the printing press has now become the only resort.

According to latest data from the Algerian Central Bank, since the launch of this unconventional financing method in October 2017, the outstanding amount of money through printing mechanism reached 4.005 billion dinars ($34 billion) at the end of September 2018.

Between November 2017 and September 2018, about $34 billion worth of bank notes were printed to deal with the budget deficit and the repayment of domestic debt.

Oil and gas exports account for more than 95% of Algeria’s foreign currency earnings. The country’s population has grown by 10 million over the past 17 years and diversifying away from oil & gas will be the primordial task of the government to deal with budget deficit, experts say.

Algerian experts warned that foreign reserves would fall sharply even in case oil prices climb again due to imports bills. Besides, the country would have less oil to export because of higher domestic consumption.