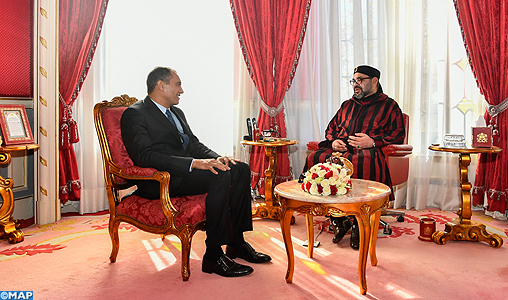 Ahmed Réda Chami at the Helm of Morocco’s CESE 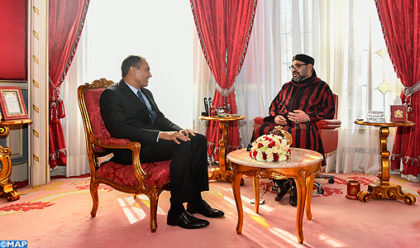 Ahmed Réda Chami, Morocco’s current Ambassador to the European Union, has been appointed head of the Economic, Social and Environmental Council (CESE).

King Mohammed VI appointed Ahmed Réda Chami to the position this Monday at a ceremony at the Royal Palace in Rabat.

During the ceremony, the Sovereign emphasized the role and importance of the Council, as a pluralistic constitutional institution with advisory missions to the government and the parliament, said the Royal Office in a statement.

These missions can concern general guidelines of the national economy and sustainable development, various economic, social and environmental issues, or the analysis of the economic juncture and the monitoring of the impact of national, regional and international economic and social policies, the statement said.

In this connection, the King instructed Mr. Chami to see to it that the Council continues to carry out the missions entrusted to it and to reinforce the efficiency of its contribution in terms of proposals and studies in different areas under the scope of its competence, the statement said.

The Sovereign insisted in this vein on the council’s mission in the promotion of human and sustainable development projects in the country, the facilitation and consolidation of consultation and cooperation between economic and social stakeholders and the strengthening of the culture of dialogue.

Ahmed Réda Chami, a former trade minister and former chairman of the USFP parliamentary group is replacing Nizar Baraka, who has been elected Secretary General of the Istiqlal party.

King Mohammed VI also appointed Younes Benakki, a former executive of the Ministry of National Education, as Secretary General of the CESE.

The mission of the CESE, set up in 2011, is to conduct studies and research, either at the request of the government, the House of Representatives, the House of Councilors, or at its own initiative.

The Council was first headed by Chakib Benmoussa from 2011 to 2012. After Benmoussa was appointed ambassador to France, he was replaced by Nizar Baraka in August 2013.