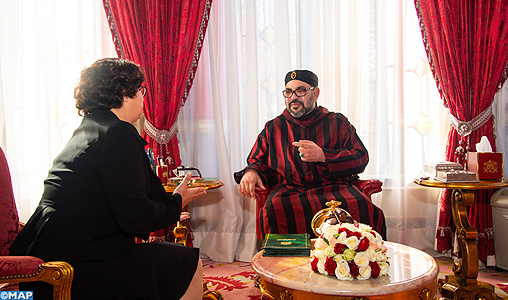 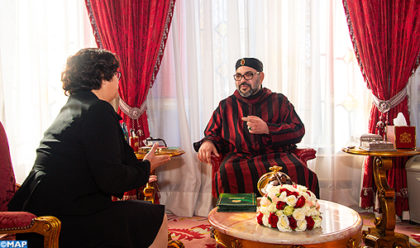 The former Secretary of State for Foreign Affairs and ambassador to Tunisia, Latifa Akharbach, has been appointed by King Mohammed VI as head of the High Authority for Audiovisual Communication (HACA), in replacement of Amina Lamrini El Ouahabi.

Latifa Akharbach, who is also former director of the Institute of Information and Communication (ISIC), was appointed by King Mohammed VI President of the HACA at a ceremony held at the Royal Palace of Rabat this Monday December 3.

The Sovereign also appointed Benaissa Asloun as Director General of the Institution, in replacement of Jamal Eddine Ennaji.

During the ceremony, the Sovereign named Narjiss Reghaye, Jaafar Kansoussi, Ali Bakkali Hassani and Abdelkader Chaoui, as new members of the Higher Council of Audiovisual Communication (CSCA) and this, in application of the provisions of the law reorganizing the HACA, said the Royal Office in a statement.

The king also received Fatima Baroudi, Khalili El Alami Idrissi, Badia Radi and Mohamed El Maazouz who were appointed to the CSCA by the Head of the Government and the speakers of the two houses of the Parliament.

The renewal of the HACA’s structures comes after it was promoted as an independent constitutional institution responsible for regulating the national audiovisual sector.

These missions also include guaranteeing citizens’ right to information and to the media to give them access to a diversified, pluralist and balanced audiovisual landscape, within the framework of respect for the political, cultural and linguistic pluralism, and the various sheds of opinion and thought in the country.

The HACA was established in 2003 to assist in protecting the rights and freedoms recognized in the Constitution, in particular the right to
information, which is necessary for the free communication of thoughts and opinions.