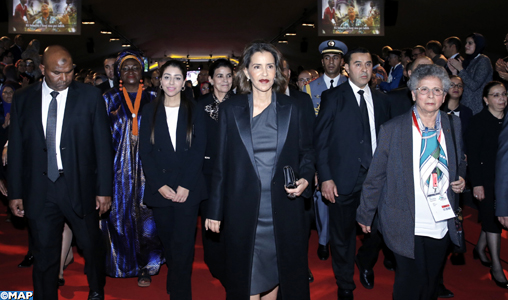 Existence of Street Children, an Insult to our Own Humanity, Says King Mohammed VI 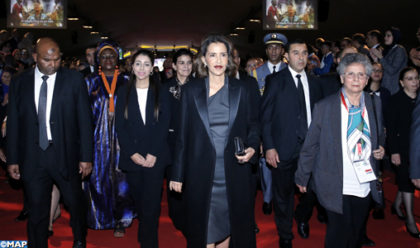 King Mohammed VI has spoken out against the phenomenon of street children, which is sparing no city in Africa, pointing out that condoning such a phenomenon is an insult to our own humanity.

“To accept – through denial, capitulation or indifference – that children be abandoned to the street amounts to condoning, on a daily basis, an insult to our own humanity. Such an attitude is unacceptable!” said the Moroccan Sovereign in a message read out on the launch from Marrakech of the pan-African campaign for “African Cities without Street Children”.

The campaign was launched officially by Princess Lalla Meryem, chairwoman of the Moroccan National Observatory for Children’s Rights (ONDE), Saturday, at the close of the 8th Africities Summit held in Marrakesh November 21-24.

The campaign “African Cities without Street Children” aims to put child-related issues at the heart of the continent’s urban development policy.

For King Mohammed VI, as he outlined it in his message, “this is not just about celebrating the launch of a campaign, or starting one without seeing it through. We need to make sure concrete substance is given to the effective, structured and sustainable commitment of cities to reduce child vulnerability within a three-year period.”

“Therefore my ambition, through this campaign, is to mobilize as many African cities and territories as possible so that tangible actions may be implemented and a concrete national and continental dynamic set in motion,” he said after he deplored that of the 120 million street children in the world, more than 30 million are scraping a living on the African continent.

“One in four street children in the world is therefore African. This figure is not only shocking, it also runs contrary to the time-honored values of our African societies, which are based on solidarity and the pre-eminence of the family,” he noted.

Pointing out that Morocco, just like other countries in Africa and other parts of the world, is unfortunately not immune to the problem of homeless children, he conceded that mush remains to be done despite the commendable progress made (far-reaching legal, institutional, economic and social reforms; adoption of the Integrated Public Policy for Child Protection; adoption of the 10-year framework of action; Indimaj program, which is aimed at eradicating the phenomenon of children living or working on the streets, pilot initiative “Rabat: City without Street Children”…)

“Child protection is not merely about tackling the violation of children’s physical, moral and psychological integrity. It also implies creating the right conditions for their economic, social and cultural development,” he argued in his message that was read out by his eldest sister, Princess Lalla Meryem.

The challenge is as enormous as the stakes involved. Dignity, peace, poverty reduction, the eradication of hunger, the promotion of health care, a quality education for all, equality between boys and girls and access to drinking water and sanitation are important requirements that have a direct bearing on child protection, the King explained, recalling that these are objectives and priorities that are at the core of the 2030 Agenda for Sustainable Development, which serves as a real catalyst for international cooperation.

Calling on African municipal leaders, mayors, elected officials and governors to make sure the rights of every child are respected and to put child-related issues at the heart of decentralization policies, particularly those concerning street children, King Mohammed VI insisted that the proper place for children is in school, not on the streets. “Children’s education is a top priority. Education is actually where their protection starts… Education is our main challenge as well as our greatest chance.”

“We can increase our national capacities dramatically by pooling efforts at the regional and continental levels. This is the real meaning of this pan-African campaign for “African Cities without Street Children”, which aims to put child-related issues at the heart of the continent’s urban development policy,” he stated.

The King warned that “if Africa’s children are not protected, the continent will not rise successfully to the challenge of achieving its emergence. Without a more resolute protection of future generations, Africa will not capitalize on its demographic dividend. Now is the time for action. It is our duty to make sure African cities are truly worthy of their children.”