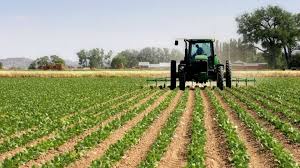 A new step towards the renewal of the Morocco-European Union farm agreement was made with a favorable vote in Strasbourg.

The Committee on Agriculture and Rural Development of the European Parliament on Monday voted with a majority of its members for the renewal of the agreement.

The vote reflects the position of the majority of the political groups represented in the committee, which are supportive of the renewal by the European Parliament of the farm agreement with Morocco.

The agreement extends the trade preferences to agricultural and fisheries products from the southern provinces.