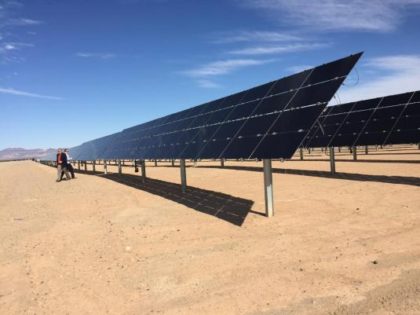 “The goal of this partnership is to support African countries, especially those in the Sahel region targeted by the ‘Desert to Power’ initiative, to develop renewable energy technologies adapted to their natural environments and specific energy needs,” said the AfDB after the signing of an agreement for that purpose.

“Morocco is a reference in terms of renewable energy,” said Akinwumi Adesina, President of the African Development Bank, at the signing ceremony held in Johannesburg.

He commended Morocco’s achievements in renewables particularly the Noor Ouarzazate complex, the largest solar farm in the world.

For Mustapha Bakkoury, President of Masen, “Sharing the experience that Masen has developed and launching a drive for the competitive development of renewable energy across Africa is commensurate with the goal of making renewable energy a real lever for inclusive growth. This partnership with the African Development Bank will contribute to the realization of that ambition.”

Morocco has an ambitious goal of increasing the share of renewable energies in its energy mix to 52% by 2030, a target that may be exceeded given the current progress ahead of schedule.

Will Covid-19 propel a brain drain of Moroccan physicians?