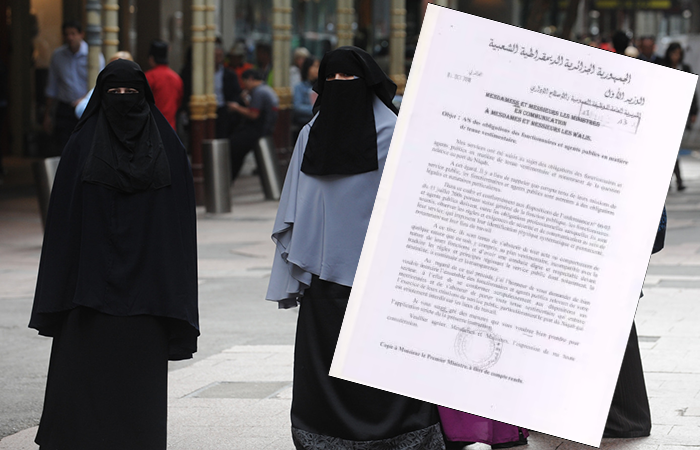 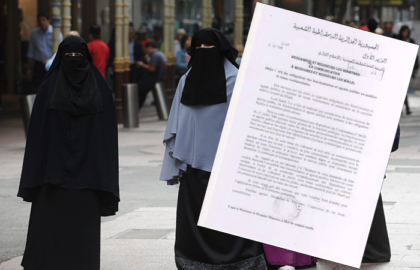 Algerian authorities have put a ban on the wearing of niqab, a full-face veil, at workplace across the country, over difficulties to identity faces behind the veil.

Under the decision, made by Prime Minister Ahmed Ouyahia and announced Thursday, governors, ministers and other public authorities shall ensure that the ban is implemented in public work places, over security reasons, RTL Info reports.

“… it should be recalled that, given their public service missions, public officials and public servants are subject to specific legal and statutory obligations,” the Algerian Prime Minister said in a circular. “In this respect, officials and public officials must, in addition to the professional obligations to which they are subject, comply with the rules and requirements of security and communication within their department, which impose their systematic and permanent physical identification, in particular on their place of work,” the circular added.

Public servants and public officials are thus instructed to “refrain from wearing any clothing that impedes the performance of their public service missions, particularly the wearing of the niqab which is strictly prohibited in the workplace”.

Most Algerian women do not wear the niqab, but radical Muslims, namely Salafists, have endorsed it. Actually, the country has been split between moderates and more radicals who follow a more conservative form of Islam since the 1990s, when the country was plunged into a deadly civil war in 1992, following the cancellation by a military-backed government of elections that an Islamist party, the FIS, was poised to win.

The North African country has not witnessed any major terrorist attacks recently, but armed jihadist groups continue to launch sporadic attacks, like the assault on the country’s oil installations in Ain Amenas few years ago.

North Africa Post's news desk is composed of journalists and editors, who are constantly working to provide new and accurate stories to NAP readers.
NEWER POSTTunisia: No New Taxes on Companies, Individuals in 2019
OLDER POSTTunisia: Military Jet Crashes into Mediterranean during Drill