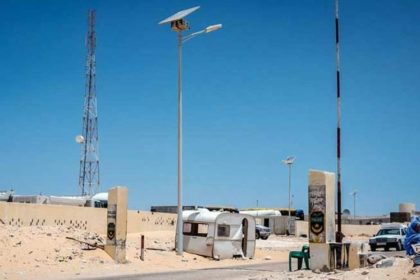 Mauritania has put an end to commercial anarchy at the Algerian-Mauritanian border, when it imposed as of October 9, customs duties on all products entering Mauritania from Algeria.

After the draconian security measures that led to the total closure of the Algerian-Mauritanian border, declared a prohibited military zone in July 2017, economic measures have just been enforced to put an end to the “customs vacuum” that characterized the area, a spot for all kinds of trafficking.

The trafficking included the smuggling of food items diverted by Polisario leaders, with the connivance of Algerian officials, from the Tindouf Camps, where the population lives on humanitarian assistance.

Since Tuesday, October 9, all products entering Mauritania from Algeria will be subject to customs duties, officials said.

The border, stretching along 460 kilometers of desert and used by smugglers and armed groups, has been declared a military zone on the Mauritanian side in 2017 and strictly forbidden to civilians.

The post, dubbed Mustapha Ben Boulied, reopened in August this year. Mauritanian authorities had then announced that all products coming from Algeria through this crossing point will be submitted to customs duties.
The implementation of the decision was however postponed, due to the speculation practiced by tradesmen in northern Mauritanian cities. Anticipating an increase in prices, the tradesmen hid all products “imported” from Tindouf, pending the new pricing.

Besides, the election campaign (August 17 to 31) and the legislative, regional and municipal elections (September 1-15) were also behind the postponement.

The outgoing mayor of the mining town of Zouerate was candidate in the parliamentary election and promised no increase in food prices during this sensitive period.

The enforcement of the customs duties has been officially notified to all importers of products from Algeria, the Mauritanian regional website zouerateinfo reported saying that the importers were informed that the measure would take effect as of October 9.