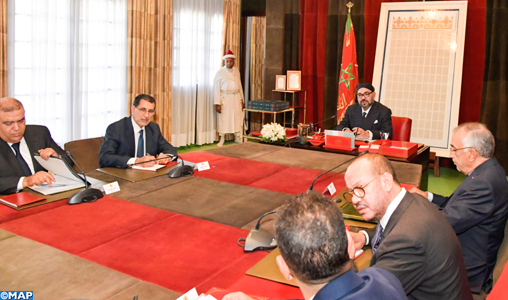 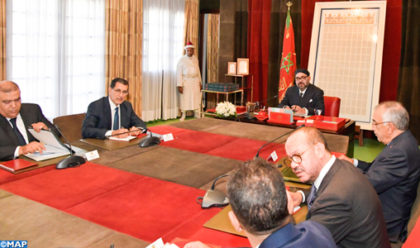 King Mohammed VI chaired on Monday a working session dedicated to discussing the overhaul of vocational training and education to enable young trainees and graduates find jobs easily and contribute to the country’s socioeconomic development.

The meeting comes after the latest royal speech made August 20th wherein the Moroccan Sovereign called on the Government to carry out a thorough review of vocational training programs to align them with the needs of businesses and the public sector, and to make sure they are adapted to changes in industry and trades in general, thereby increasing graduates’ chances to access professional life.

During the working session, the King was briefed about the proposals and measures to be taken by the concerned departments for the implementation of royal instructions. These include the restructuring of vocational training, the creation of a new generation of training centers for young people, vocational & career guidance for students, foreign languages learning, the promotion of youth entrepreneurship…

The Sovereign called for the development of new trainings in the high- demand jobs and trades, while upgrading training in the sectors of industry, services, construction, agriculture, fisheries, water, energy and handicraft.

King Mohammed VI stressed the need to improve vocational training, by adopting new standards of quality particularly in the hotel and tourism industry in order to support sustained growth of this strategic sector.

At the end of this meeting, the Monarch ordered the ad-hoc committee, which is chaired by the head of Government, to elaborate and submit within three weeks precise projects and measures that are immediately applicable.

The royal speech of August 20th urged the Government to take as soon as possible a series of measures to address the thorny issue of unemployment among young people and called for a comprehensive review of public mechanisms and programs for youth employment so as to make them more effective and ensure they meet young people’s aspirations.

In his speech to the Nation made on the occasion of the 65th anniversary of the Revolution of the King and the People, the Monarch said: “further attention therefore needs to be given to vocational training at all levels, and to creating a new generation of centers for the vocational training of young people, keeping in mind current needs as well as the particularities and expectations of each region”.