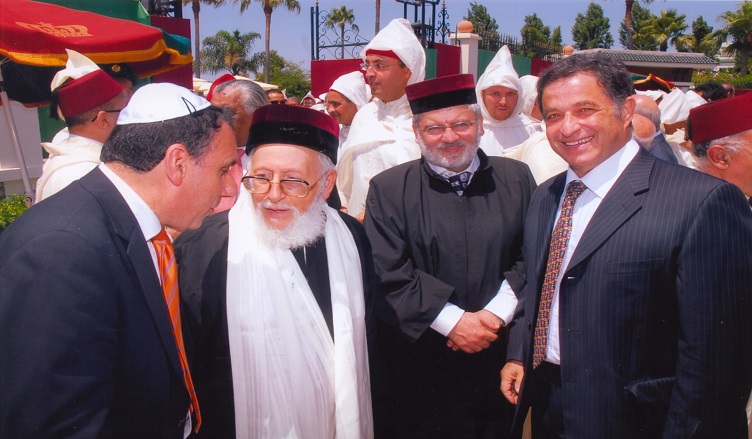 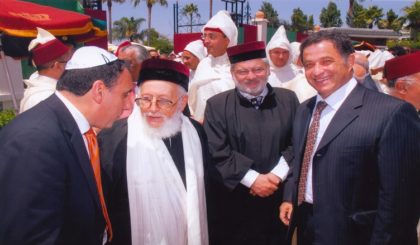 King Mohammed VI has called for working together to achieve a new world order for peace while stressing the need for coexistence and acceptance of diversity and difference.

In a message to the participants in the second edition of the International Conference on Intercultural and Interfaith Dialogue, held in Fez, the King underscored the unwavering commitment to the values underpinning inter-cultural, inter-religious dialogue.

“By hosting this conference, my country is sending a strong signal, reflecting its determination to set off a new dynamic – one that would enable us to pave the way, together, for innovative pathways to ensure respect for cultural and religious diversity as well as a common commitment to the virtues of dialogue and to respect for others,” said the Monarch in the message read out by Human Rights Minister Mustapha Ramid.

In this message, the king shed light on Morocco’s unique model in the region in terms of its constitution, culture or long history. “Indeed, our history attests to a long-established tradition of coexistence on Moroccan soil – particularly between Muslims and Jews – and to openness to other religions.”

Morocco’s distinctiveness is underpinned by the Commandership of the Faithful and the Maliki rite, said the Monarch, highlighting that such an institution aims “to shield the Moroccan society against the demons of ideological manipulation and subversive forces, using, to this end, enlightened religious training based on moderation and tolerance.”

The promotion of tolerance in Morocco has also included the 2008 Ulema Charter, the local religious supervision plan, the rehabilitation of schools for religious education, the training of Imams and female religious guides and the review of the religious education curriculum in school, said the King in the message.

“In Morocco, there is no difference between a Muslim and a Jewish citizen,” said the King, who has launched projects to restore Jewish cemeteries, renovate Mellahs and refurbish synagogues and Jewish religious sites in general.

“As for Christian residents and temporary visitors, they have always practiced their faith freely in churches,” he said, recalling that among his ancestors, “there was a Sultan who donated land for the construction of a church, which is still open to worshippers to this day.”

The King went on to stress that cultural coexistence in Morocco is a reflection of the country’s unity. “The latter is shaped by the convergence of the Arab, Amazigh, and Saharan-Hassani components of our identity, which is as much African as it is Andalusian, Jewish and Mediterranean.”

King Mohammed VI also called for a review of the global approach to migration, recalling that Morocco has “ welcomed people coming from sister nations to this African land, with their different religions, cultures, traditions, family habits and lifestyles.”

Morocco “organized two campaigns for migrants to regularize their status and launched several programs aimed, among other things, at ensuring the integration of migrants, asylum-seekers and their families,” recalled the King.
”Morocco commits to a humanitarian approach that takes into account the global and local contexts and respects the rights and dignity of migrants,” he said.

Morocco, he said, will continue to work along those lines with the same commitment and dedication, especially in preparation for some upcoming events, particularly the 11th Summit of the World Forum on Migration and Development, to be held from 5 to 7 December 2018, and the Intergovernmental Conference, which will adopt the Global Compact for Safe, Orderly and Regular Migration, due to be held on the 10th and 11th of the same month.