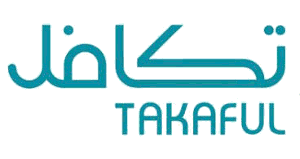 Morocco will launch next year Islamic Insurance (Takaful) after introducing in 2017 Islamic banking services, which are thriving in the Middle-East, Africa, Asia and some western countries, say local insurance experts.

In July 2017, the Moroccan Government Council adopted a draft decree paving the way for implementation of the Takaful Law. Unlike the banking sector, insurers wishing to operate in the segment will be required to offer exclusively Islamic products, meaning that conventional firms will be required to launch standalone takaful companies.

Some big insurers such as French AXA and US Atlanta have already shown an interest. Atlanta had teamed up with a Qatari investor to launch an Islamic subsidiary, while AXA expressed its intention to take part in the market.

The Moroccan conventional insurance sector is thriving as shown by the growth of its turnover, which increased in 2017 by 10.9 pc to $4.1 billion, according latest data released by professionals.

Industry premium grew by 11 pc to over $4 Billion during the same period, exceeding real GDP growth (4.2 pc) and inflation (0.8 pc).

Though the life-insurance segment has been growing over the last three years, at an average rate of 17.2 pc, non-life insurance remains the most important market in Morocco, accounting for 56.1 pc of turnover in 2017. It is dominated by the car insurance.

Insurance penetration increased in Morocco by one percentage point to 3.7 pc of GDP in 2017, against 2.1 pc in Tunisia (its North African rival) and 1.7 pc for the MENA region.