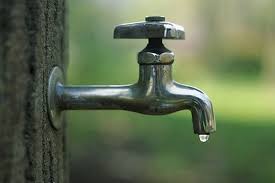 A scandal is unfolding in Algeria after more than 700 people were intoxicated after drinking tap water in the city of Blida.

Most of the victims were registered among children and the elderly showing intoxication symptoms including vomiting, vertigo and acute diarrhea.

The local press is citing the low quality of the water distribution system as a potential cause for this intoxication.

A source from a hospital in Blida said that the tap water might have been contaminated by harmful “coliformes” bacteria.

Water has always been a pressing issue in Algeria’s big cities where supply is usually unsteady and millions are left for long hours without running water on their taps.

A study by the World Bank found that “Most water resources in Algeria are polluted by uncontrolled and untreated municipal wastewater.”

The study added that “eighty-seven percent of the urban population is connected to a sewage network, but most wastewater treatment plants are out of service, so untreated sewage is being discharged into natural water bodies.”