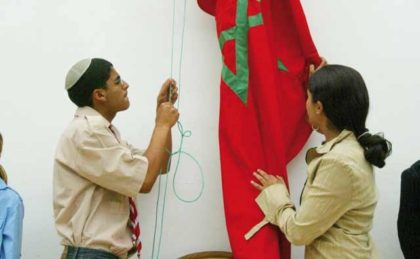 King Mohammed VI in his quality as Commander of the faithful is the custodian of the freedom of worship in Morocco, said Foreign Minister Nasser Bourita in Washington.

Speaking at the State Department’s first-ever “Ministerial to Advance Religious Freedom,” Bourita explained that the Commandership of the faithful is an institution that distinguishes the Moroccan religious model in so far as it protects all Moroccans whatever their faiths.

King Mohammed VI, Commander of the faithful, is hence the “custodian of the freedom of worship in the kingdom,” said Bourita at the event which brought together representatives from 80 nations.

The specificity of Morocco’s religious model has been reflected in the constitution, which recognizes the Kingdom’s Jewish heritage as a constituent of the national identity, he said.

Bourita also recalled the magnanimity of King Mohammed V, the grandfather of the current King, when he protected the Jews during WWII, rejecting the racist laws of the Vichy government when France was under Nazi occupation.

“Religious freedom hinges on strong institutions,” Bourita went on to say, adding that Morocco rejects the use of religion for political ends or for attacking the faith of others.

The Foreign Minister concluded his address by recommending the creation of a religious freedom observatory.

In his address, US Vice President Mike Pence said that “Those nations that reject religious freedom breed radicalism and resentment in their citizens,” “They sow the seeds of violence within their borders.”

The Vice President announced that in the coming months the US Government will launch a Genocide Recovery and Persecution Response initiative. He explained that this is a diplomatic and assistance effort specifically focused on ensuring communities of faith and local organizations are part of the solution in recovering from atrocities.

Among other new initiatives to further the cause of religious freedom around the world, the US State Department created an International Religious Freedom Fund, said Secretary of State Michael Pompeo.

This joint fund with other nations will support the work of religious freedom defenders and assist victims of religious persecution, he said.