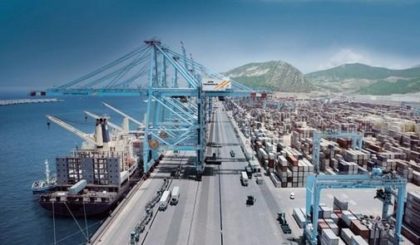 Morocco enjoys political stability and has a forward-looking economic strategy that enabled it to emerge as a regional manufacturing and export base for international companies, said the US State Department in new report on the climate of investment across the globe.

“Morocco enjoys political stability, robust infrastructure, and a strategic location, which are helping it emerge as a regional manufacturing and export base for international companies,” said the bureau of economic and business affairs in the report.

The report also highlights how Morocco is building on its assets as a multilingual nation with a tri-regional focus (toward Sub-Saharan Africa, the Middle East, and Europe) to transform the country into a regional business hub.

“The Government of Morocco has implemented a series of strategies aimed at boosting employment, attracting foreign investment, and raising performance and output in key revenue-earning sectors, such as the automotive and aerospace industries,” the report said.

By targeting higher levels of Foreign Direct Investment (FDI) and strengthening the linkages between the small business sector and Morocco’s industrial leaders, the country is on track to create 500,000 jobs in industry by 2020, the US State Department adds.

Lights were also shed on Morocco’s Africa policy as the country has created a financial hub in the Casablanca Finance City offering incentives to firms that locate their regional headquarters in the city.

The return of Morocco to the African Union and its endorsement of the African Continental Free Trade Area (CFTA) open further opportunities for the growth of the Moroccan economy, the report underscored.

The report also pointed out to improvement areas for Morocco to fully unlock its economic potential saying that the country has to do more in terms of skilled labor, intellectual property rights protection, reduction of government bureaucracy, and increase in the pace of regulatory reform.