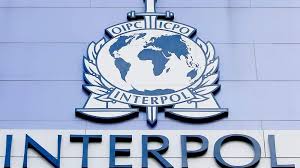 Morocco, one of the major global players in the fight against terrorism, takes part in INTERPOL’s sea border operation that addresses the threat posed by the travel of foreign terrorist fighters using Mediterranean maritime routes between North Africa and Southern Europe.

In the first week of Operation Neptune, more than 350,000 searches of INTERPOL databases resulted in the detection of four suspected foreign terrorist fighters and the localization of a missing person.

To reduce cross-border movement of terrorists throughout operations, countries are checking travelers’ identity and passport information against INTERPOL’s criminal databases via its I-24/7 secure global police communications network.

With stolen travel documents a key asset for terrorist mobility, particularly foreign terrorist fighters returning from conflict zones, access in the field to the INTERPOL’s database on stolen and lost travel documents (SLTD) was a key element of Operation Neptune, with dozens of stolen passports already detected.

“While much of the world’s focus on border security has been on air and land borders, potential security threats from the sea receive less attention,” said INTERPOL’s Counter Terrorism Director Patrick Stevens.

“The issue of traveling foreign terrorist fighters is of concern to all INTERPOL member countries who continue to monitor the departure and return of their nationals to and from various conflict zones: regional and global police cooperation has never been more essential against terrorism and transnational organized crime, which is why Operation Neptune is so important,” added Stevens.

Morocco’s security and intelligence services work closely with their American and European counterparts, receive extensive training and are highly proficient.
Moroccan intelligence has even helped to avert several terror attacks in Europe with the information it collects and shares with its regional and international partners.