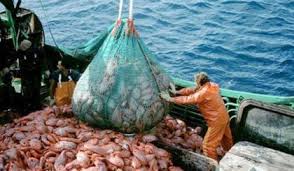 Foreign Ministers of the European Union member countries have decided to adapt the Association and the Agriculture Agreements signed with Morocco so that they include the Moroccan Sahara.

The Council of Foreign Ministers of the member countries of the European Union (EU) adopted, Monday in Brussels, its decision adapting the Association Agreement and the Agricultural Agreement with the Kingdom inn order to include expressly the Moroccan Sahara, a European source said.

The move is in line with the ruling of the European Court of Justice issued on December 21, 2016, the source said, explaining that the ruling dealt with the agreement on the liberalization of agricultural and other products, which aims to consecrate in the texts the extension of preferential tariffs to the Moroccan Sahara.

The Monday decision reinforces the legal basis for exporting products from the Moroccan southern provinces to the EU with trade preferences and promotes as well the development of these regions, the European source said.

The decision of the EU Foreign Ministers, who called on the European Parliament to adopt it the soonest possible, also enables the EU to continue to boost its partnership with Morocco and paves the way for the renewal of the fisheries agreement between the two partners, the source said.

The Morocco-EU four-year fisheries agreement expired on July 14 affecting about 120 vessels from 11 EU countries that operate in Morocco’s waters.