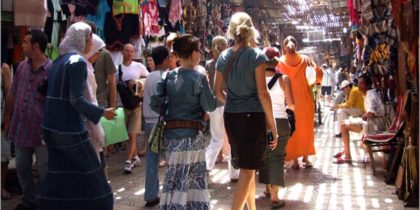 The number of tourists visiting Morocco between January and May increased 9% to 4.1 million compared with the same period last year.

Arrivals from main tourist emitting markets showed a 16% increase in Italian tourists, while the numbers of German grew by 12%.

French and Dutch arrivals were up 8% while UK and Spanish tourists increased 7% and 4% respectively.