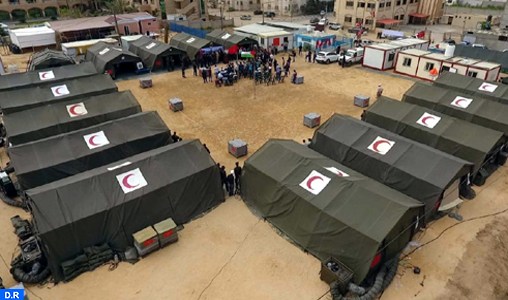 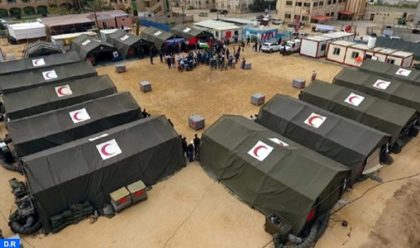 The UN Office for the Coordination of Humanitarian Affairs (OCHA) welcomed the setting up by Morocco of a field hospital in Gaza to provide medical assistance to besieged Palestinians in the strip.

Last May, King Mohammed VI gave his instructions to set up a medical-surgical field hospital of the royal armed forces (FAR) in Gaza, following the recent tragic events that took place in the Palestinian territory, leaving hundreds of injured.

The multidisciplinary field hospital deployed in the Gaza Strip part of Morocco’s humanitarian assistance provides care to the Palestinians who have been injured by Israeli forces last May and June, as well as to the entire population of the area, in various specialties, including general medicine, dentistry, emergency medicine, cardiology, ophthalmology, ENT, gynecology-obstetrics, trauma, pediatrics and radiology.

King Mohammed VI had supervised in person at the Casablanca International Airport the airlifting of the humanitarian aid destined to the Palestinian people.