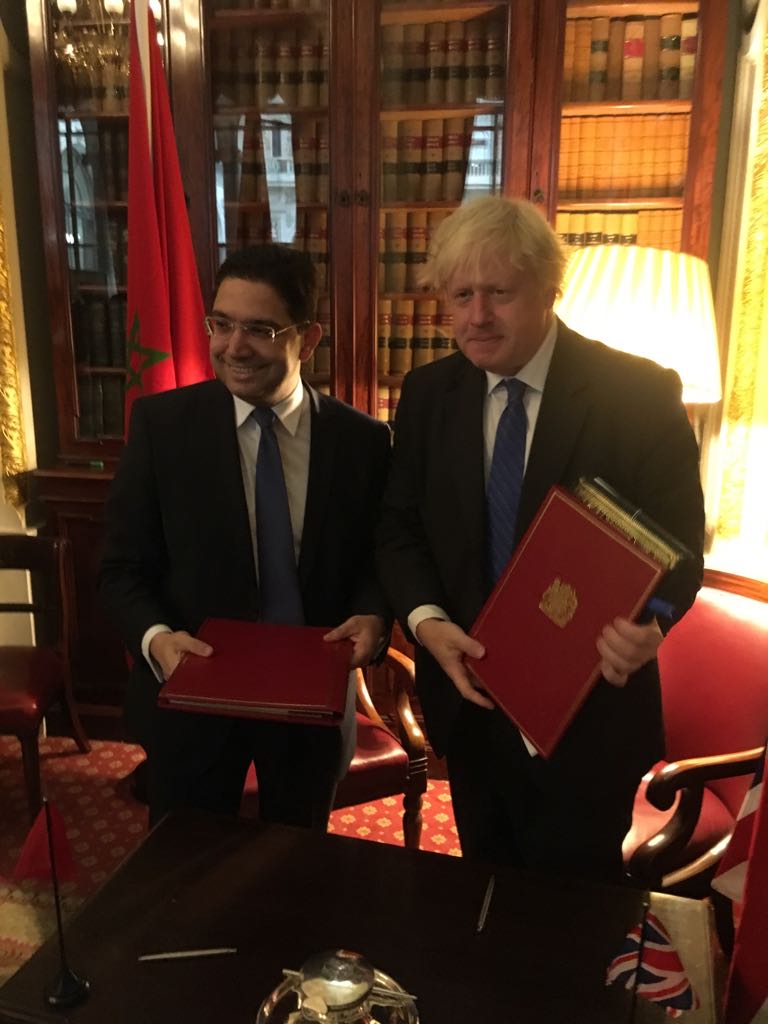 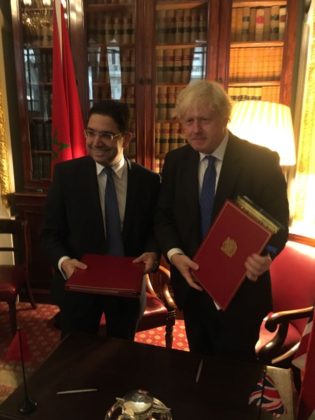 Morocco and the United Kingdom held on Thursday in London their first-ever strategic dialogue meeting aimed to deepen and strengthen cooperation ties between the two countries in the fields of politics, economics, security and culture.

This first meeting was launched by Foreign minister Nasser Bourita and British peer Boris Johnson. The UK and Morocco, which have 800-year old history of exchanges and friendship, established this annual forum to convene alternatively in the UK and Morocco.

The Moroccan-UK strategic dialogue will focus on four themes: Political- Diplomatic, Security, Economic and Cultural. During this inaugural session, the two countries’ top diplomats exchanged letters on how the Dialogue might work over the years to come and discussed how a working group could maintain contact and momentum.

Talks between Johnson and Bourita covered cooperation in transports & tourist security, trade, investment and latest developments of the Sahara issue.

In this connection, the UK said it has taken note of the serious and credible efforts made by Morocco to move forward towards a settlement of this issue.

The meeting highlighted by the signing of an education agreement that will allow British schools to open in Morocco.

The two countries look forward to further cooperation in the coming months, and indeed to the next dialogue in Rabat.