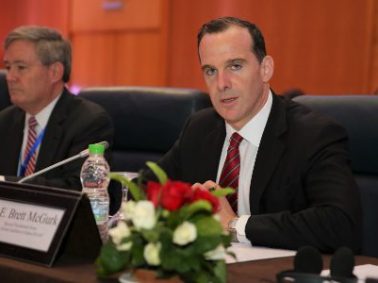 “We appreciate Morocco’s leadership and contributions” within the global coalition to defeat ISIS, said the US official in a statement to the press following a meeting in Skhirate, near Rabat, of the political directors from the member countries of the US-led coalition fighting ISIS.

The meeting was attended by 50 delegations, 24 are representing African members, he said.

The event focused on the terrorist threat in Africa and raised the importance of sharing intelligence in order to curb the recruitment of foreign fighters and stem their sources of financing, he said.

The US official welcomed the membership of CEN-Sad countries in the global coalition, adding that the coalition will continue to back the G5 anti-terrorism force formed by five Sahel states.

He said $90 million will be earmarked to fostering stability in ISIS former stronghold of Raqqa and other Syrian cities.

The meeting was an opportunity for Coalition partners to discuss next steps to ensure ISIS is dealt an enduring defeat in Iraq and Syria and ways to accelerate their collective approach to defeat ISIS’s global ambitions.

It focused on ISIS’s presence in Africa and included a detailed discussion of priorities for the Coalition’s multiple lines of effort, including stabilization, foreign terrorist fighters, counterterrorist financing, and counter-messaging.

The Coalition regularly meets to coordinate and enhance combined efforts to defeat ISIS, both at the senior and working group level. The last meeting of senior Coalition leaders took place on February 13, at the Ministerial level in Kuwait.