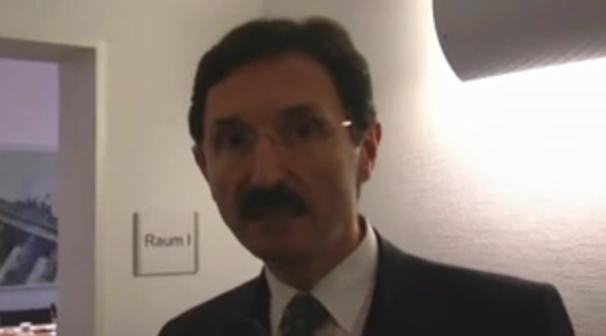 Reform is a risky business, but not reforming is even riskier

Andreas List, Head of the EU Office in Myanmar 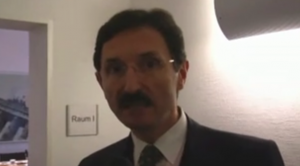 Q: Mr. List, you have been dealing with the agenda of Burma/Myanmar for many years, as Desk Officer at the European External Action Service (EEAS) and now as the Head of the EU Office in Myanmar. Looking at the transition processes in Myanmar and in the region of North Africa and the Middle East (MENA), can you draw some parallels between the Arab Spring demonstrators and the pro-democracy movement in Myanmar?
A: There are hardly any parallels between the Arab Spring and the Myanmar transition. First, the Arab Spring was a recent development, unplanned and triggered from disenfranchised individuals. The Myanmar transition, by contrast, has been planned for a long time and was orchestrated from the people in power, from a position of strength. Secondly, there was no chance for a popular uprising in Myanmar – neither would the then military government have allowed such uprising to happen, nor was there a unified opposition to take over. A “second 1988“ was simply not in the cards. Thirdly, the Myanmar government is setting the agenda: addressing ethnic peace and fighting poverty. We have not seen a comparable proactive policy in the Arab Spring processes.
Q: Would you agree with the prevalent view that the democratic transition in Myanmar has been largely elite-driven while the Arab Spring has been pretty much a grass-roots-driven process?
A: Yes. History in Myanmar has largely been written by elites.
Q: A senior EU official privately suggested that one day history may perhaps hail the gradual and relatively peaceful democratic transition in Myanmar, in contrast to the violent upheavals in some MENA countries, as a model to be emulated. What is your view on this?
A: That could well be the case. Democracy means for most citizens in Myanmar a peaceful life, with economic development and without oppression. Today, the government delivers on these expectations. Realistically, it will take many years to solidify results. Decades of misrule cannot be undone quickly.
Q: The vision of a regional integration and common market composed of the Maghreb countries set out in 1989 in the Founding Treaty of the Arab Maghreb Union seems to have largely faded away with the turbulent events and socio-political changes in the region. While this has arguably hampered economic recovery in the MENA countries affected by the Arab Spring, do you think that Myanmar’s membership of the Association of Southeast Asian Nations (ASEAN) will help its own economic development?
A: When the AMU was founded, I happened to be posted in Morocco. I remember that many observers were excited about the prospects of regional integration in that area. ASEAN was never based on excitement but on pragmatism. The ASEAN member states have played a constructive role in engaging Myanmar, with nuances and different economic undertones.
Q: What, in your view, can North African countries learn from the challenges and pitfalls in the transition process in Myanmar?
A: Difficult to say, as practicalities and circumstances are different on both tracks. Reform is a risky business, but not reforming is even riskier. Any transition – as a departure from perceived stability – makes a country more vulnerable to domestic unrest. In domestic terms, transition is about a measure of leadership and responsiveness, and about tolerance and principles of justice. Transition also happens in a given international environment – either enabling and supportive, or hostile and indifferent. If there is a history to learn from these processes in North Africa or the Middle East, and in Southeast Asia, it is also for Europe and the wider Western world.
Q: While the Arab Spring has put strains on close ties and alliances between Western powers and some of the MENA countries, in Myanmar, the situation seems to be quite the opposite – the relations between the Myanmar government and Western governments have dramatically improved, with leaders from Europe and the United States arriving daily in Rangoon with offers of more aid and cooperation agreements in their briefcases. What is your take on this? Is this interpretation correct?
A: The reasons for this differentiated approach are obvious. In a largely peacefully developing Myanmar, there is room to engage – politically and economically.
Q: Democratic revolutions in Central and Eastern Europe in the late 1980s, and more recently in the MENA region had their respective democratic icons. Also many Myanmar citizens have seen Aung San Suu Kyi, the opposition leader and Nobel Peace Prize laureate, as the hope of the country. Can Suu Kyi meet people’s expectations?
A: Daw Aung San Suu Kyi is hugely popular. Her role has nevertheless changed. During the years of military government she was the beacon of hope for millions. Today, you add to this role her job as politician, required to take a view on day-to-day issues. She is a prominent member of Parliament, and chair of the Committee for the Rule of Law.
Q: Myanmar has changed rapidly over the last two years, sometimes in unexpected ways. How do ordinary people in the country feel about it?
A: The atmospheric difference in the country is the most dramatic change. People realize that there is a committed government at work. Media censorship has largely ended. The overwhelming majority of political prisoners has been released. By-elections in April 2012 were transparently and correctly conducted. The government has launched peace processes with ethnic armed groups. All this is most welcome. People now want to see economic improvements – the elections in 2015 will be the test.
……………..
Andreas List is currently Head of the EU Office in Myanmar. An Austrian diplomat, Mr. List has worked on EU-Burma relations since 1999, first at the European Commission and later as a senior diplomat in the Asia division of EU External Action Service in Brussels.
CATEGORIES InterviewProfile
Share This