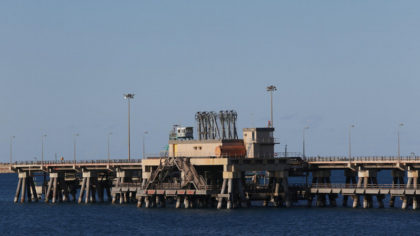 LNA spokesperson Ahmed al-Mismari Thursday said Ras Lanuf and Es Sider had been secured following days of battle with rival forces who seized the ports several days ago.
“The oil crescent is, thanks to God, under full control,” he said.

The LNA took control of Libya’s oil crescent in September 2016 from forces led by Ibrahim Jathran, chief of a militia loyal to UN-backed Government of the National Accord (GNA). Haftar declared he made the move to return the oil terminals to the National Oil Corporation (NOC).

Mismari told reporters at a press conference that the two oil ports will be handed back to the NOC, Reuters reports.

The LNA took back the strategic oil facilities after heavy shelling of rival positions. At least 25 LNA forces were killed in the campaign.

Clashes between the LNA and the rival forces forced the NOC to shut down operations and suspend oil export.

The halt in activities has caused a significant decrease in oil production. The NOC put losses at 450,000 barrels per day (bpd) from a total national output of little over one million bpd, Reuters reports.

NOC Chairman Mustafa Sanalla in Vienna last week said he hoped production and activities at the ports would soon resume.