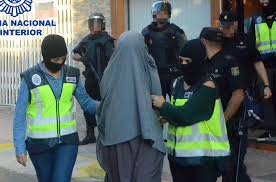 Convinced of the key role played by Morocco in the fight against terrorism in Europe, France, Belgium and Spain mull setting up a unified front with the North African country to counter the growing terror threats.

Moroccan intelligence has even helped to avert several deadly attacks in Paris, Brussels, Madrid and other European capitals with the information it collects and shares.

Furthermore, Moroccan and Spanish security services have conducted lately joint operations that led to the dismantling of several Jihadist cells in both neighboring countries.

Following a French-Belgian meeting held Monday to discuss cooperation prospects between the two countries in the fields of security and fight against terrorism, Paris and Brussels announced their intention to work with their Spanish and Moroccan partners to launch a ministerial meeting to include the interior and justice ministers from the four countries.

According to the French Prime Minister Edouard Philippe and his Belgian counterpart Charles Michel, this ad-hoc ministerial gathering will help enhance further coordination between the four countries and foster their joint actions in the fields of terror prevention & monitoring, borders control and fight against Islamic radicalization in prison and social media.

Two years ago, King Mohammed VI had urged, in his speech made on the occasion of the 63rd anniversary of the Revolution of the King and the People, Moroccans living abroad “to maintain their good reputation, to show forbearance in these trying circumstances, to close ranks and to be, as always, staunch advocates of peace, concord and co-existence in their country of residence.”

The North African country, the major ally of the West in the region, has a comprehensive counterterrorism strategy that includes vigilant security measures, regional and international cooperation, and counter-radicalization policies.

North Africa Post's news desk is composed of journalists and editors, who are constantly working to provide new and accurate stories to NAP readers.
NEWER POSTSouth Africa’s Support for Polisario Puts it at Odds with most AU Countries
OLDER POSTSpanish PM to Pay First Overseas Visit to Morocco