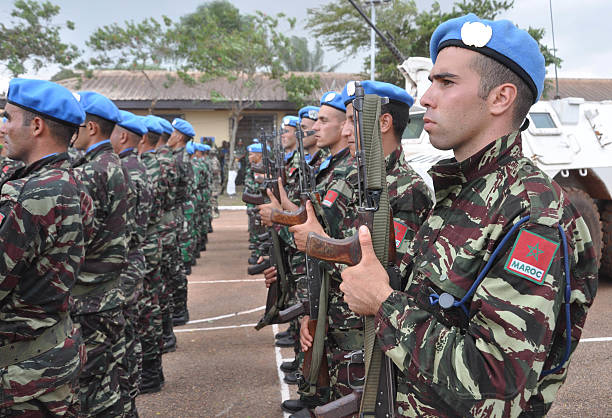 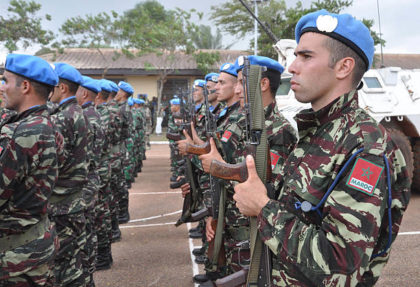 Morocco’s full engagement to the UN peacekeeping efforts on the ground and at the New York headquarters were lauded by Under-Secretary-General for Peacekeeping Operations Jean-Pierre Lacroix of France.

“Morocco is among the most committed countries in favor of peace keeping,” said Lacroix at a press conference marking the 70th blue helmets day.

He “sent a message of recognition” to Morocco, which sent more than 1600 blue helmets to the UN missions in the Central African Republic (MINUSCA) and the Democratic Republic of Congo (MONSUSCO).

Morocco, a historic contributor to UN peacekeeping operations, has, over the past 60 years, deployed some 70,000 soldiers, as well as several field hospitals under the aegis of the United Nations. Currently, Moroccan blue helmets are deployed in the Central African Republic and in the Democratic Republic of Congo.

The commemorating ceremony of the International Day of UN Peacekeepers at the UN headquarters in New York Friday also honored the 128 peacekeepers who fell last year, including seven Moroccan soldiers who lost their life while serving with MINUSCA.

The fallen soldiers were awarded posthumously the Dag Hammarskjold Medal.

At the Medal ceremony, attended by Morocco’s Representative to the UN Omar Hilale, the Secretary-General Antonio Guterres paid tribute to the service and sacrifice made by UN Blue Helmets for the cause of peace around the world.

He spoke of the increasingly complex challenges facing peacekeepers on the ground, saying that despite the overwhelming difficulties, civilian and uniformed UN personnel who had made the ultimate sacrifice – collectively and individually – had a “profound impact on the communities they served”.

The medal is named after Dag Hammarskjöld, the second UN Secretary-General, who along with his entourage died in a plane crash in what is now Zambia in 1961.
Since the first peacekeeping mission deployed 70 years ago, more than 3,700 military, police and civilians who chose to serve, have lost their lives.

Last year saw the highest number of fatalities – 132 individuals from 37 countries – for UN peacekeepers as a result of malicious acts; the highest in many years.