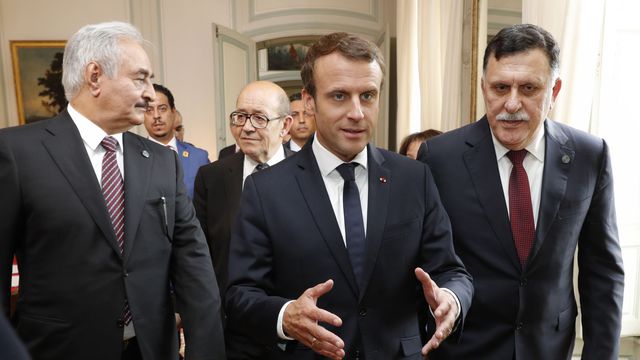 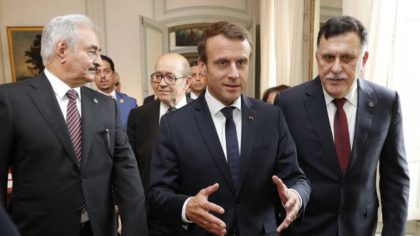 As France braces for hosting on Tuesday an international conference on Libya to overcome the political stalemate in the North African country, some powerful Libyan military factions oppose the French initiative.

The UN-sponsored meeting will bring together key Libyan players and representatives of several countries and international organizations. The Prime Minister Fayez al-Sarraj, General Khalifa Haftar, Aguila Salah Issa and Khaled al-Mishri will be among the attendees.

The Libyan rival leaders are expected to adopt a statement pledging to hold presidential and parliamentary elections by the end of this year. Press reports say the leaked draft statement calls for the immediate unification of the central bank and a commitment to support the creation of a national army.

The Libyan warring groups would also agree to hold a politically inclusive national conference either inside or outside Libya in a bid to foster reconciliation after what has been constant chaos since the overthrow of Muammar Gaddafi in 2011.

According to the French President’s office, the objective of this conference is “to engage in the implementation of an inclusive political roadmap for a way out of the crisis that has affected the country and the region for many years.”

But 13 brigades and military councils in western Libya called for a real dialogue inside the country that achieves Libyans’ aspirations. They sent a letter to the Presidential Council, the High Council of State and the House of Representatives, expressing commitment to the country’s sovereignty and unity, rejecting foreign interference in Libya’s internal affairs.

Last year, President Emmanuel Macron hosted a conference in an effort to reunify the fractured nation, but as the powerful local forces were not consulted, the conference failed to achieve much.

At a recent UN Security Council session, UN special envoy for Libya Ghassan Salamé admitted he had been unable to convince key stakeholders to reach an agreement or amend the stalled 2015 peace deal.

The UN official said Libya had to address the flow of trafficked people and goods through its borders as well as the issues of subsidies and “the severe mismatch between the official and black-market exchange rate”.

“These facets provide opportunities for those few who sit at the heart of Libya’s political stalemate, plundering the nation’s coffers, resisting any actions which might challenge their predatory economy,” underlined Mr. Salamé.

“It is this perverse economic model which must be shattered if the political process is to meaningfully progress”, he added.

Seven years after the fall of the Gaddafi regime, Libya remains battered by infighting between heavily armed militias and a political crisis that has divided the country into two parts: the internationally recognized Government of National Accord (GNA) and a rival administration backed by military strongman Khalifa Haftar in the east.