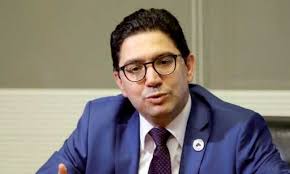 Iran through its proxy Hezbollah and Algeria-backed Polisario separatists are trying to destabilize Morocco because of its close ties to the US and Europe, Foreign Minister Nasser Bourita said.

“I think it is clear that the interference of Iran in the internal affairs of the Arab and Muslim countries won’t stop in (the) Middle-East and in the Gulf Countries,” Bourita told Fox News adding that the Iranians “are in part trying to destabilize the area due to Morocco’s good relations with the US and Europe.”

He recalled that the arrest of Hezbollah moneyman in Africa and his rendition to the US drew to Morocco the vengeance of Hezbollah, which since then worked to establish an alliance with the Polisario militias.

“In April this year a new level was reached – which is providing military equipment,” he said. He said Hezbollah with Iran’s support and Algerian connivance sent the Polisario SAM-11, SAM-9 and Strela surface to air missile system.

Bourita also warned of Iran using Hezbollah to strengthen its foothold in Africa.

Morocco is targeted because it “is known to be a moderate country, a country that uses soft power in Africa and in the Arab world and I think that is one of the elements which is disturbing Iran,” he said.

Morocco severed ties with Iran over its support for the Polisario and held Algeria responsible for arming the separatists.

North Africa Post's news desk is composed of journalists and editors, who are constantly working to provide new and accurate stories to NAP readers.
NEWER POSTFrance to Stage Libyan Summit as Push for Elections
OLDER POSTBan on International Football Matches in Libya to be Lifted soon- FIFA Says