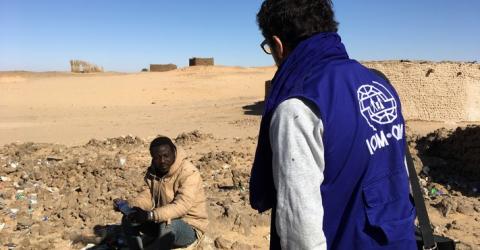 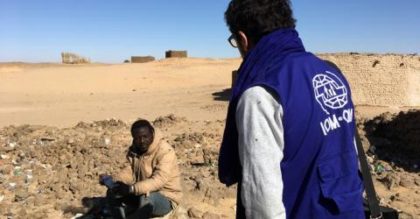 Dozens of Sub-Saharan migrants have died in abhorrent conditions on the Algerian-Niger borders as Algiers continues summary expulsions, the International Organization for Migration (IOM) said.

IOM said it set up facilities in norther Niger sheltering up to 3500 migrants kicked out of Algeria.

On a single day last month, 1,500 arrived at the remote border village of Assamakka, according to Giuseppe Loprete, IOM chief of mission in Niger.

Most of these migrants “are traumatized. In some cases they have been unable to get transport and have walked or they have been abandoned by human traffickers and don’t know where they are,” he said.

As Algeria continues its crackdown on sub-Saharans, Guinea and Mali has summoned their Ambassadors to Algiers to express their rejection of such an ill-treatment of migrants by Algerian authorities.

Algeria is rebuked in several international human rights reports, including Human Rights Watch and Amnesty International, for bad treatment of Sub-Saharan migrants as it continues its mass expulsions of these migrants and asylum seekers who are deprived of a chance to applying for international protection under the 1951 Geneva Convention to which Algeria is a party.

These anti-migrant practices and rhetoric were behind the recall of the Guinean Ambassador to Algiers earlier in January. The decision by Guinean President, Alpha Conde, drew attention to the double speak of Algeria, which aspires to have a voice in Africa while mistreating Africans on its soil.

Algerian authorities have deported more than 27,000 Sub-Saharan migrants since 2015.