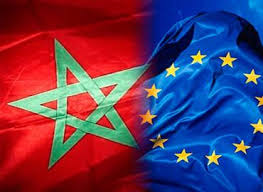 The European Union, Morocco’s major and strategic trade partner, backs the national energy strategy set by the North African Kingdom seeking to ensure the security of its supplies, generalize access to energy and meet growing demand while protecting the environment.

To achieve these goals, Rabat and Brussels have launched a $1.3 million program. Funded by the EU, the 24-month program seeks to enhance the capacities of the Moroccan energy department in regulating electricity market and developing a mechanism to monitor the implementation of the energy strategy at national & regional levels.

In Morocco, energy security and the reduction of emissions and environmental pollution are the main driving forces for the transformation of the current power supply system towards a sustainable energy system based mainly on renewable energies.

The government is pursuing a policy of reducing its dependence on imported fossil fuels and increasing the share of renewable energy in power generation. It was also among the first countries of the Middle East and North Africa to cut fossil fuel subsidies and introduce energy efficiency measures.

The commitment made by the Moroccan government to reduce GHG emissions rests largely on the country’s ambitious national energy strategy which seeks to reach over 50 pc of installed electricity production capacity from renewable sources by 2025 and cut energy consumption by 15 pc by 2030.

To diversify the energy mix, Moroccan authorities are planning to launch international tenders for the building of a $ 4.6 billion liquefied natural gas (LNG) project, to be operational by 2025. Works will include two new combined-cycle gas turbine power plants, each with a capacity of 1200 MW, an LNG terminal and onshore regasification unit at the Port of Jorf Lasfar on the Atlantic coast, as well as pipelines connecting the terminal to the Maghreb-Europe pipeline.

Last year, UK Sound Energy company announced the discovery of deposits of between 9trn and 31trn cu feet of gas at its Tendrara concession in eastern Morocco, with commercial production planned for as early as 2019.

This year, another company, SDX Energy, discovered two additional gas repositories in the north of the country, triggering a growing interest of investors.