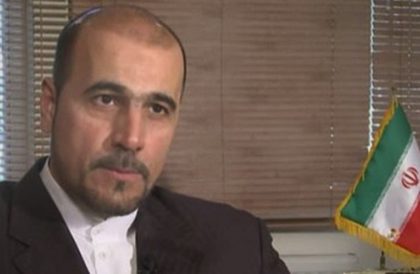 Unlike the campaigns launched by opponent Anouar Malek, who is exiled in Belgium, in 2017 and early 2018, cautioning against the influence of the mullahs in his country, this time it is Adda Fellahi, a former “friend” of the Iranian diplomat and ex-member of the “Revolutionary Guard” Amir Moussaoui, who has called for his expulsion from Algeria.

Echourouk daily, very close to the Algerian power, relayed the call by Adda Fellahi, a former advisor at the Ministry of Religious Affairs in charge of communication, destined to Amir Moussaoui and also to Algerian authorities.

Adda Fellahi pointed out that for the sake of Algeria’s best interests, the cultural counsellor of the Iranian Embassy should take the initiative and quit his position.

“His activities and his movements across the national territory and his intense contacts with civil society activists, which he exposes in a blatant way on social networks, are a cause of concern and raise sensitive and embarrassing questions including for security services,” Adda Fellahi wrote in his call.

Controversial remarks by the Iranian diplomat had stirred anger among Algerians and Hashtags in 2017 and in January 2018 called for his expulsion.

Yet, although Adda Fellahi called his Iranian “friend” to go spend Ramadan in Tehran” and urged for his replacement by a “cultural attaché who deals solely with culture,” tension with Morocco could delay such a move.

Actually, Algerians would not expel the Iranian diplomat while Morocco has just broken its diplomatic ties with Iran.

Analysts explain that an eviction of the Iranian diplomat right now would give credit to the charges leveled last week by Morocco against Iran for its interference and its military support, through its Hezbollah proxy, for the Algeria-backed Polisario.