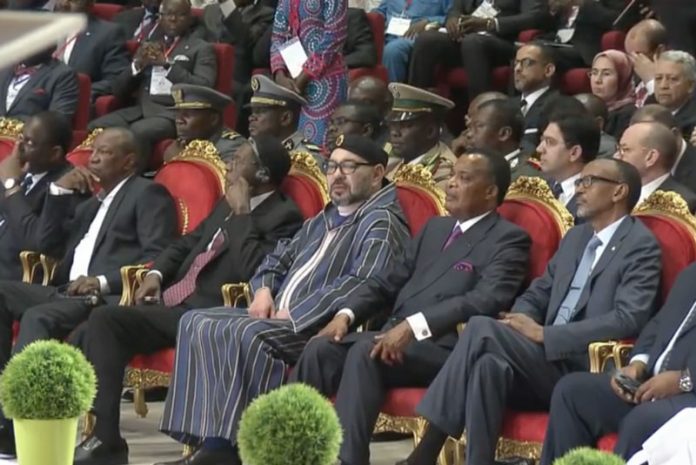 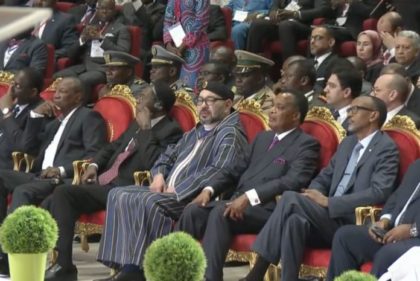 The document was also inked by Presidents of Angola, Central African Republic, Republic of Congo, Gabon, Equatorial Guinea, Rwanda and Chairperson of the African Union Commission.

The participating Heads of State and Government appointed a number of outstanding figures Goodwill Ambassadors of the Congo Basin Climate Commission and the Blue Fund for the Congo Basin, including Princess Lalla Hasnaa, for the mobilization of financial resources.

Princess Lalla Hasnaa, youngest sister of King Mohammed VI, is the chairwoman of the Mohammed VI Foundation for the Protection of the Environment.

The African leaders gathered in Brazzaville to promote blue economy programs and projects to help fight poverty among riverside populations and mitigate the effects of climate change.

With approximately 220 million hectares of forest, the Congo Basin region is the second ecological block of the planet after the Amazon Forest.

On the sidelines of COP22 held in Marrakech in 2016, King Mohammed VI convened the first Africa Action Summit during which three sub-regional Commissions were set up. These are the Sahel Commission, the Island States Commission, and the Congo Basin Commission.

Several steps have been taken since the Africa Action Summit. The Blue Fund was created in Oyo in March 2017. Its operational measures were agreed in Brazzaville in November 2017, and the implementation of the project was fast-tracked in Rabat in March 2018, during a meeting on the Blue Fund’s preparatory study.

In his speech Sunday before the 1st Summit of Heads of State & Government of Climate Commission of Congo Basin and Blue Fund for Congo Basin, King Mohammed VI said Morocco supports this ambitious project and is committed to ensure its success, building on the expertise his country has gained in tackling climate change.

“I decided to support this program because it is based on a new paradigm that fulfils current and future needs. It is centered on integrated, inclusive, solidarity-based programs offered by the new blue and green economies”, said the Monarch.

“This decision is also justified by the human dimension which is a pivotal component of the project. Indeed, an inclusive, participatory approach that involves the region’s inhabitants is essential”, added the Moroccan Sovereign, noting that the establishment of the Blue Fund must go hand in hand with the mobilization of economic stakeholders and civil society organizations so that tangible mitigation and adaptation measures may be taken, and climate-resilient development guaranteed.

“Financing is the main challenge facing the implementation of the project: we must innovate and come up with mechanisms that will help us identify and raise financial resources. We need to convince bilateral and multilateral donors – public as well as private – of the pertinence of the project”, stressed the Sovereign, saying the Blue Fund “will inevitably trigger a positive dynamic which will involve projects that will boost and benefit Member States’ economies”.

The Congo Basin Blue Fund seeks to help neighboring countries finance a shift in their economies from reliance on forest-based resources to much greater use of renewable river and water-based resources.

It offers an alternative and environmentally sustainable means of economic development to the benefit of the countries and the peoples of the Congo Basin and, by helping to preserve the forests of the Congo Basin, contribute to international efforts to mitigate global warming.

The Fund would also encourage regional peace and stability through enhanced cooperation and collaborative projects. The Congo Basin is second only to the Amazon Basin as one of the world’s carbon sinks.

It is destined to contribute to what the Economic Commission for Africa has called Africa’s “Blue Economy” and deliver both economic and environmental sustainability.