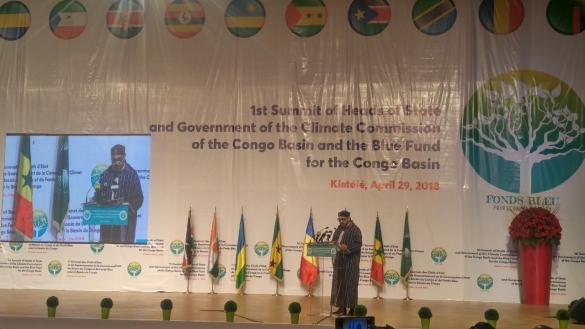 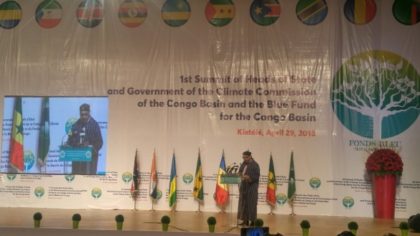 King Mohammed VI of Morocco pointed out Sunday that safeguarding the African continent’s biodiversity is a collective responsibility as the depletion of that common heritage has a far-reaching impact on people’s daily lives and is detrimental to the socio-economic development of the communities, which depend on it.

Addressing the first Summit of Heads of State and Government of the Climate Commission and the Blue Fund for the Congo Basin, which opened on Sunday in Brazzaville, King Mohammed VI has called for a collective awareness of the devastating effects of global warming on the planet.

“Collective mobilization is crucial. And this Summit shows that it is possible,” the Monarch noted.

“In the task of building the Africa of the future, environmental preservation is the cornerstone of African co-emergence…It is the bedrock on which the Continent’s inclusive economic growth will be built,” the Sovereign pointed out.

The King underlined, in this regard, the need to work together to tackle global warming and its risks, and transform economies to promote sustainable development, stressing the importance of reconciling the need to achieve development in the African Continent with the awakening of ecological consciousness.

“Africa has irreversibly embarked on a path towards profound change. With each passing day, our Continent is asserting itself more and more, looking to the future with confidence and serenity,” yet, he said, “we do realize there are plenty of challenges.”

“Our meeting today sounds like an urgent wake-up call for us all. It is vitally important for our Continent – indeed for humankind – because it implies a collective awareness of the devastating effects of global warming on the planet,” the Monarch noted, insisting that safeguarding biodiversity is a collective responsibility.
“The Congo Basin is at the heart of this concern. This is the world’s second most important region for global carbon storage and the second largest river basin. It is also one of the largest forest areas on the planet – a region which is home to more than half of the Continent’s animal species. This regulator of the planet’s climate makes Africa the world’s ‘second lung’. It is here, and now, that the future of this vital asset is being shaped”, the Monarch said.

King Mohammed VI added that he decided to support the Blue Fund for the Congo Basin because this program is based on a new paradigm that fulfils current and future needs. “It is centered on integrated, inclusive, solidarity-based programs offered by the new blue and green economies,” he said, adding that this decision is also justified by the human dimension, which is a pivotal component of the project, a project that is based on an inclusive, participatory approach involving the region’s inhabitants.

Aside from the consequences of climate change, food shortages and dwindling water reserves can lead to significant population migration flows, weaken states and create precariousness, the Sovereign said.

The Sovereign made it clear, however, that the establishment of the Blue Fund must go hand in hand with the mobilization of economic stakeholders and civil society organizations so that tangible mitigation and adaptation measures may be taken, and climate-resilient development guaranteed.

“Financing is the main challenge facing the implementation of the project: we must innovate and come up with mechanisms that will help us identify and raise financial resources. We need to convince bilateral and multilateral donors – public as well as private – of the pertinence of the project,” he said.

The King voiced confidence that this Blue Fund project will inevitably trigger a positive dynamic, with projects that will boost and benefit Member States’ economies. “I am thinking, in particular, of measures to improve inland waterways, develop secondary ports, promote sustainable fishing practices, fight river water pollution and upgrade irrigation systems with a view to increasing agricultural productivity”.

This new water-centered economy will be the main driver of development, he said renewing Morocco’s determination to work resolutely and unremittingly for the implementation of the Continent’s large-scale development projects.

The Blue Fund for the Congo Basin was set up at Moroccan King’s initiative at the Africa Action Summit, held in Marrakech in November 2016 on the sidelines of COP22.