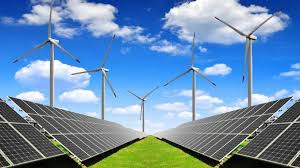 The USA-Morocco Strategic Energy Working Group has convened its 2nd meeting in Washington to look into ways of boosting cooperation between the two countries in the field of energy.

The gathering was hosted by the US Department of State Thursday (April 19). Deputy Assistant Secretary of State for Energy Diplomacy Sandra Oudkirk and Director General of the Moroccan National Bureau of Petroleum & Mines Amina Benkhadra,led the discussions.

Discussions focused on recent developments in the Moroccan energy sector, including hydrocarbons exploration, renewables deployment, and energy efficiency; ongoing Department of State and Commerce initiatives in Morocco; areas for collaboration including natural gas, energy efficiency, and renewables; and private sector investment opportunities in the energy field.

As its demand for energy rises, Morocco is working to attract US investment to help meet the needs of its growing economy. The United States is an ideal partner for advancing Morocco’s energy security goals.

This event shows the strong US-Morocco bilateral relationship and the significant strides made in energy sector collaboration over the past few years.

It comes as Morocco braces to launch international tenders for the building of a $ 4.6 billion liquefied natural gas (LNG) project, to be operational by 2025. Works will include two new combined-cycle gas turbine power plants, each with a capacity of 1200 MW, an LNG terminal and onshore regasification unit at the Port of Jorf Lasfar on the Atlantic coast, as well as pipelines connecting the terminal to the Maghreb-Europe pipeline.

This LNG project is part of Morocco’s efforts to broaden the energy mix and meet rising domestic demand for electricity. The North African country is already a key player in renewable energy, aiming to increase renewables’ share of capacity from 32 pc to 52 pc by 2030, diversifying the fossil fuel component of the kingdom’s energy portfolio away from a reliance on oil.

Last year, UK Sound Energy company announced the discovery of deposits of between 9trn and 31trn cu feet of gas at its Tendrara concession in eastern Morocco, with commercial production planned for as early as 2019.

This year, another company, SDX Energy, discovered two additional gas repositories in the north of the country, triggering a growing interest of investors.