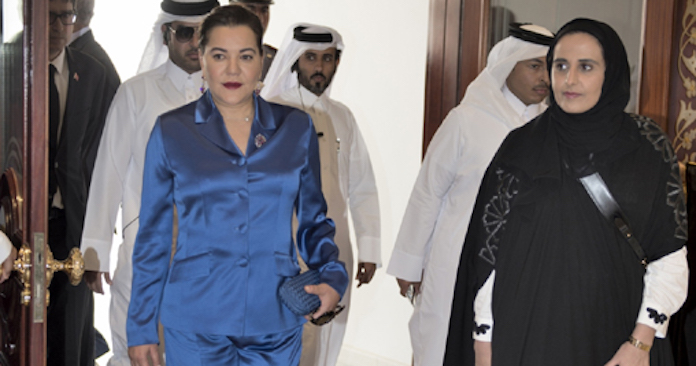 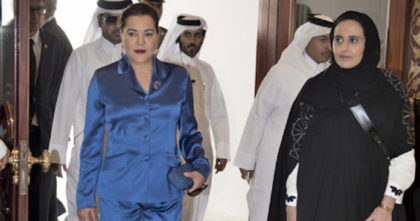 The King’s youngest sister arrived in Doha on Saturday to attend the official inauguration of the Qatari cultural institution that will take place on Monday.

QNL, a member of Qatar Foundation (QF), will celebrate its official opening with two weeks of events, including lectures, panel discussions, and exhibitions that highlight the library’s leading role in spreading knowledge and promoting the history and heritage of Qatar, in the Arabian Gulf region, and beyond.

A Qatar-German exhibition, with a detailed look at the history of Arabic and German fairy and folk tales, and how the two traditions influenced each other is also featured, the QNL says on its website.

A first QNL Heritage Library exhibition will open to the public on April 17, displaying a wide range of items from the collection that illustrate the spread of ideas throughout the Islamic world, as well as documenting interaction between Arabs and the West through the centuries. The exhibition features books, manuscripts, maps, globes, and travelers’ instruments, telling the story of Qatar, along with the history of science, literature, women, writing, travel, and religions in the region.

The institution displays a digital exhibition and has a ‘Book Club for the Blind’, a project that provides social opportunities and promotes equal access to the resources and services of the library.

The architecture of Qatar and the Arabian Gulf takes center stage with the launch of the “Traditional Gulf Architecture Week; an exhibition and a conference”, which runs from April 22–25.

The conference that will follow brings together local, regional, and international experts on the architecture of the Arabian Gulf to discuss its traditions, influences, evolution, and functions.