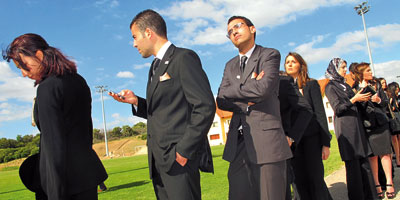 The Moroccan government said that it plans to create 1.2 million jobs in the next upcoming four years as the unemployment rate hits 10.2%.

Head of the government, Saad Eddine El Othmani, said that by the end of his cabinet term, 1.2 million jobs will have been created. He said the inactive population who are neither at school nor in the job market will be given priority.

To achieve such a goal, the government will support the creation of 20,000 enterprises and will improve access to job market for a million inhabitants.

The Informal labor abounds in Morocco, as the sector accounts for 20% of GDP making it hard to produce reliable employment figures.

North Africa Post's news desk is composed of journalists and editors, who are constantly working to provide new and accurate stories to NAP readers.
NEWER POSTMorocco to repatriate F16 Jets from Saudi-led Campaign in Yemen over Tensions in Sahara
OLDER POSTLibya: LNA Chief Khalifa Haftar reportedly passed away in Paris