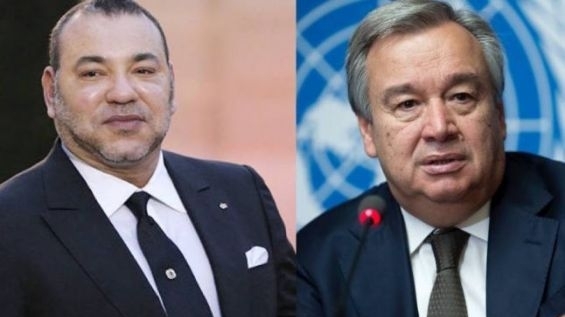 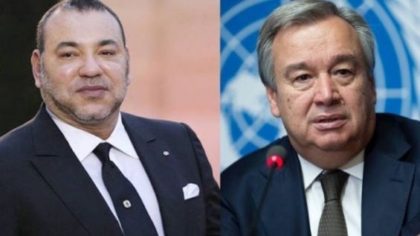 King Mohammed VI has renewed in a message to the United Nations Secretary-General Morocco’s firm and resolute rejection of the incursions of the Polisario in the Sahara buffer zone to the east of the Moroccan security wall, mainly in Bir Lahlou and Tifariti, describing these incursions as “provocative” and “unacceptable”.

In the written message to Antonio Guterres, the Monarch expressed, on behalf of all the country’s constituents, Morocco’s firm and resolute rejection of the unacceptable provocations and incursions in the buffer zone, Foreign Minister Nasser Bourita told the media Wednesday in New York after he handed over the royal message to the UN Chief.

The royal message comes after a phone call during which the Moroccan sovereign expressed to Guterres deep concern regarding the Polisario banditry in Bir Lahlou and Tifarity in the buffer zone, which Morocco handed to the UN mission in the Sahara, the MINURSO, for ceasefire monitoring purposes.

The King made it clear that such incursions by the polisario represent a threat to the ceasefire agreement and violate international law and UN resolutions in addition to undermining the political process.

During the same phone call, King Mohammed VI drew attention to Algeria’s responsibility in perpetuating the Sahara conflict which has dragged on for four decades.

“Algeria has a big responsibility as it funds, hosts, arms and backs the Polisario diplomatically,” he recalled.

Therefore, Morocco has kept stressing that Algeria should contribute to the political process and fully uphold its responsibility in finding a solution to the Sahara conflict in a way that is commensurate with its involvement in the genesis and evolution of this regional conflict.

In his annual report on the Sahara that he submitted Wednesday to the Security Council, the UN chief seemed convinced of the involvement of Algeria in the regional conflict through its funding, hosting and arming the Polisario separatist group.

He has thus urged Algeria to “make important contributions to the political process” and to step up “its commitment to the negotiation process”.

The UN chief said that in the era of global interdependence, “the socio-economic, humanitarian and security consequences of this protracted conflict weigh heavily on regional and sub-regional integration”.